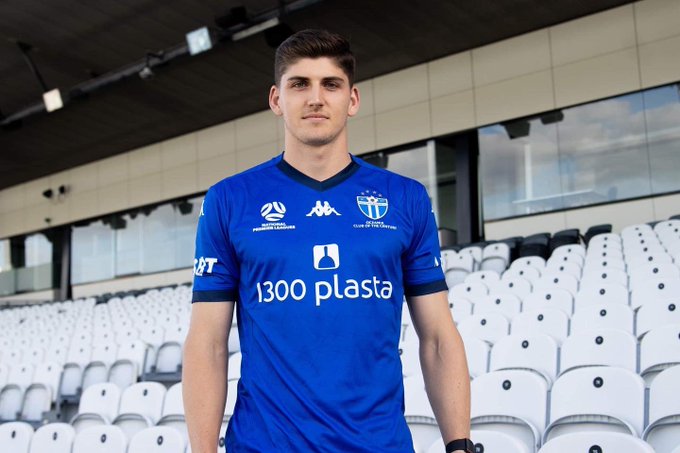 Australian centre-forward Harry Sawyer has signed a 1-year-deal with Jamshedpur FC and will represent the Jamshedpur-based franchise in the 2022-23 season of the Indian Super League (ISL). The deal also provides for an option of extending the duration as per the wishes of the talented forward.

The signing of Sawyer is touted to be a great move for the “Men of Steel” as their main striker Jordan Murray will not provide his services to Jamshedpur FC anymore. Harry Sawyer will replace the 26-year-old Australian in the squad. Sawyer is expected to play a pivotal role in Jamshedpur’s title chances at the ISL.

The expertise of Harry Sawyer

Harry Sawyer’s height is 6’5 and this is a huge advantage for him, especially when it comes to taking headers. Sawyer has been playing senior football for over 10 years now. He made his debut for Queensland-based North Star at the ripe age of 17. Since then, he has had only had an upward trajectory.

He represented “Tai Po” in the Hong Kong Premier League in 2018-19 and scored 4 goals in 10 matches. His side had lifted the trophy that season.

Sawyer has been a regular feature in the Australian domestic league matches. He has plied his trade for South Melbourne and Gold Coast Knights.

Under the tutelage of Englishman Aidy Boothroyd, Harry Sawyer is expected to contribute heavily to the growth and development of the ISL side based out of Jamshedpur. The duo is expected to work in tandem to better Jamshedpur’s chances of lifting the coveted ISL title. Even though they finished on top of the table after the group stage, Jamshedpur FC lost to Kerala Blasters in the semi-finals (1-2 aggregate).