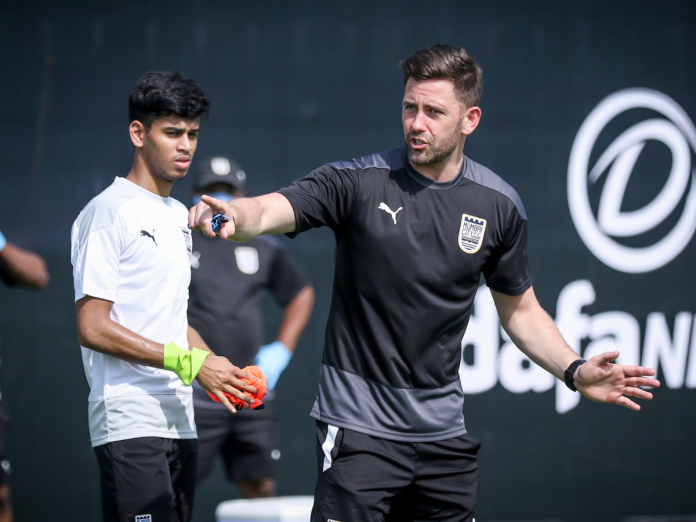 Fresh from the disappointing loss at the hands of Bengaluru FC in the finals of the Durand Cup 2022, Mumbai City FC would be keen to exorcise their Durand Cup final ghosts and move on to a new and fresh season.

Des Buckingham’s Mumbai City FC would be hoping to reach the playoffs in this edition of the Indian Super League (ISL). They finished 5th last season and narrowly missed out on a playoff berth to Kerala Blasters FC. They would be keen to cross the hurdle this time and play with their full strength and power.

The Islanders were very active during the transfer window and have made some rock-solid additions to their side. In this article, we do a SWOT analysis of Mumbai and look at their best playing XI:

The Strength of the Islanders undoubtedly lie in their foreign recruitments. Some of the big names that they have roped in their side during the transfer window include Jorge Pereyra Diaz, Alberto Noguera and Greg Stewart. Two of the top goal-scorers of the Durand Cup 2022 sojourn are from Mumbai City FC.

The defence department of Mumbai City FC is probably their only weakness in a team that is brimming with strength and power. They have roped in the services of centre-back Rostyn Griffiths and along with skipper Mourtada Fall, they would be hoping Mumbai make some good blocks.

Teams like Bengaluru FC and ATK Mohun Bagan will pose as pertinent headaches for Mourtada Fall and Des Buckingham. The teams are heavyweight teams and they would be giving stiff competition to Mumbai City FC.