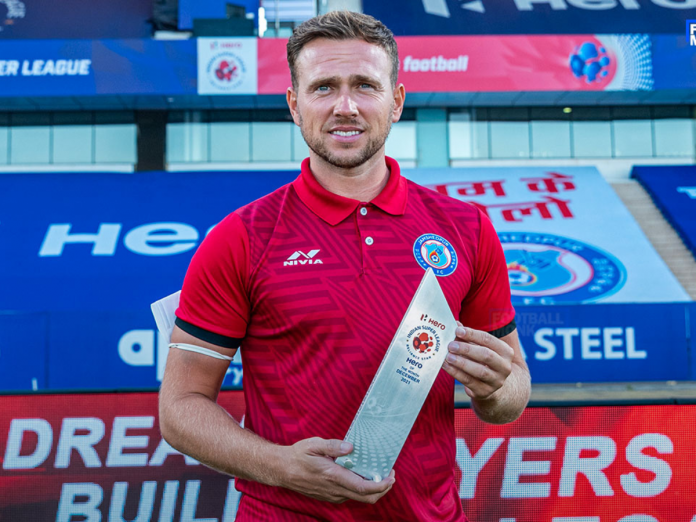 ISL 2022-23: Mumbai City FC would be extremely disheartened at their Durand Cup 2022 final loss at the hands of Bengaluru FC. Des Buckingham’s men were exceptional throughout the tournament and were clinical in their approach.

Yet they lost to Bengaluru FC in the final and finished as runners-up of Durand Cup 2022. The Indian Super League (ISL) 2020-21 champions, Mumbai City FC would be itching to put their Durand Cup upset behind them and focus on ISL 2022-23. Their preparations have been solid and they were pretty active in the transfer market.

With some strong foreign reinforcements added to their squad, the Islanders have a solid chance of grabbing the honours at ISL 2022-23.

In this article, we rank the best foreign signings of Mumbai City FC in this season:

An unparalleled goal-machine, Greg Stewart is possibly the best signing of Mumbai City FC. The Scottish striker played for Jamshedpur FC last season and netted 11 goals in 21 matches for them. He was one of the main reasons why Jamshedpur FC won the ISL League Shield award in ISL 2021-22. The 32-year-old footballer was in scintillating form in the Durand Cup and finished as the second highest goal-scorer of the tournament with 6 goals under his belt.

Argentine footballer Jorge Pereyra Diaz is an extremely talented forward and is one of the vital cogs in the wheels of Des Buckingham’s side. He played for Kerala Blasters FC last season on loan and netted 8 goals for the ISL 2021-22 runners-up. Having previously represented clubs like Platense, Bolivar and Lanus, Pereyra brings with himself a lot of experience and skills.

Attacking midfielder Alberto Noguera will be an important playmaker of Mumbai City FC. He played for FC Goa for 2 years and plied his trade in 39 matches for the Gaurs. The Spaniard has previously played for top European clubs such as Atletico Madrid, Blackpool and the B and C teams of Atletico Madrid.