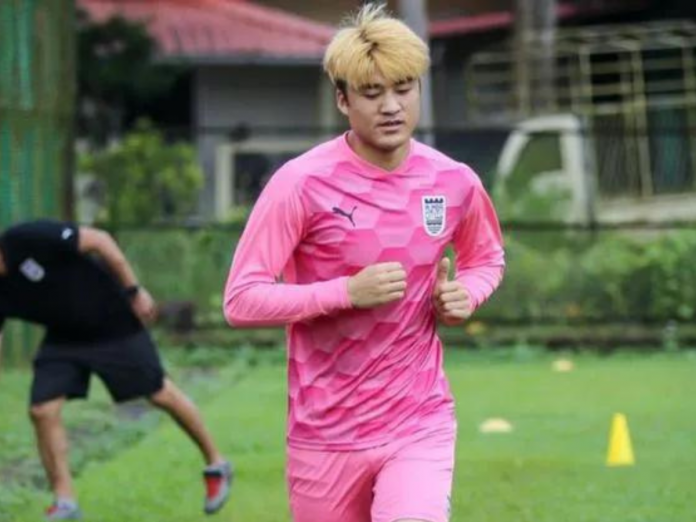 Mumbai City FC would be quite crestfallen with their recent Durand Cup 2022 final heartbreak against eventual champions Bengaluru FC.

The Mumbai-based outfit were clinical all throughout the Durand Cup 2022 sojourn and pocketed some crucial encounters against heavyweight teams. However, they lost 1-3 in the finals and their campaign ended on a bittersweet note.

Goalkeeper Phurba Lachenpa was the standout performer for Mumbai City FC in the Durand Cup 2022. The 24-year-old custodian was quite acrobatic and agile between the sticks and made some crucial saves at crunch moments for the Islanders.

After coming in from Real Kashmir FC in 2020, Phurba Lachenpa had to wait in the sidelines for his opportunities as former skipper of Mumbai City FC Amrinder Singh was the first-choice keeper.

Phurba Lachenpa has only represented the Mumbai-based outfit on 8 occasions but his recent Durand Cup antics makes a strong case for himself.

In an exclusive interview with SportsKeeda, Phurba said that the team wants to bring the ISL Shield and Trophy back home. Notably, Mumbai City FC completed the double in ISL 2020-21. They beat 3-time champions ATK Mohun Bagan in the all-important final.

“As a team, we aspire to bring the ISL Shield and the trophy back to the club. But whilst trying to do that, we also want to keep our coach’s philosophy intact and implement his ideas to the best of our abilities during the matches”, said Phurba Lachenpa to SportsKeeda.

He further said that Mumbai City FC’s campaign and experiences in the Durand Cup 2022 would come handy in ISL.

“It was a very good experience because we got to play a lot of matches as a team before the ISL. We’ve got to build relationships amongst ourselves and improve our fitness, all of which will come in handy in the ISL”, said Lachenpa.

“We have to train well every day to earn our place. This is a club where goalkeepers can improve because they all push each other to bring out the very best they can. I am where I am today because of my colleagues and the coaches who kept me grounded and helped me develop as a player,” he added.

Mumbai City FC will be crossing swords with reigning ISL champions Hyderabad FC on October 9 at the G.M.C Balayogi Athletic Stadium in Hyderabad.