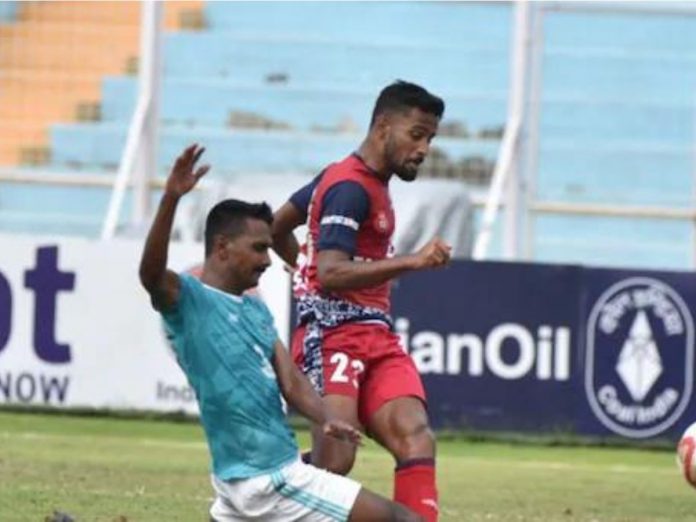 Another day in the Durand Cup and another dominating set of performances from the Indian Super League (ISL) sides. The gulf between the ISL sides and the other league and services sides was quite visible in this Durand Cup edition.

After two disastrous losses in the beginning, Jamshedpur FC made quite an impressive turnaround to win the next two matches. They eclipsed past Indian Air Force 2-1 to end their campaign on a positive note.

Piyush Thakuri and Ruatmawia netted the goals for the ISL side. Somananda Singh was the lone goal-scorer for the Indian Air Force side. The Services team finished with the wooden spoon in Group A as they were drubbed in all the 4 matches, they played in.

ISL side Chennaiyin FC displayed shades of dominance as they trumped past TRAU FC 4-1. The win solidified their chances in the tournament. Petar Sliskovic netted a brace in the game. Kwame Karikari and Vafa Hakhamaneshi scored the other goals as the hosts were humbled at their own backyard.

TRAU FC skipper Komron Tursunov scored the lone goal for the Manipur-based side. With this defeat, TRAU FC have been knocked out of the tournament as they have 3 losses in their kitty.