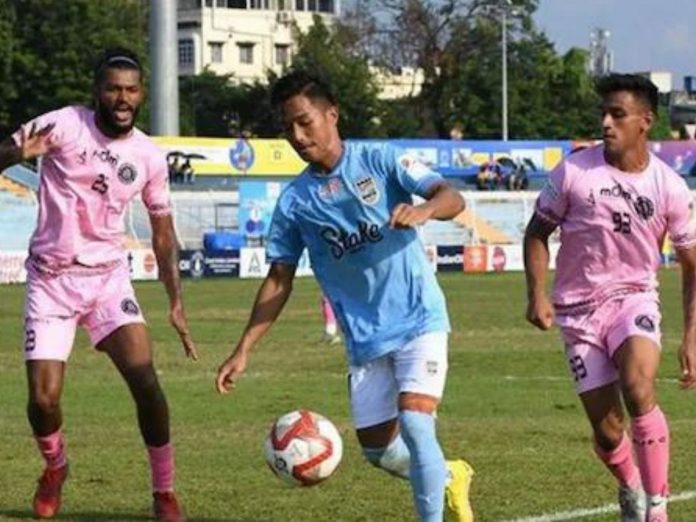 Mumbai City FC brought on their beast mode as they crushed past a high-flying Rajasthan United. The score-line read 5-0 and Mumbai’s performance was an epitome of grandeur and extravaganza.

With this win, the Islanders qualified to the quarter finals of the ongoing Durand Cup 2022. Greg Stewart, Lallianzuala Chhangte, Mehtab Singh, Ahmed Jahuoh and Vikram Pratap Singh netted the goals for the Mumbai side.

It was sheer domination as Rajasthan United could not decipher the unleash. Even though there were a few chances created by Fransesc Bonet’s side, the maximum possession was reserved for Mumbai City FC.

Mumbai City FC would gain a lot of confidence and momentum from this victory as the same opposition had toppled giants ATK Mohun Bagan a few days back.

On the other hand, Odisha FC qualified to the quarter finals courtesy a smooth 3-0 victory over Sudeva Delhi. Spaniard Saul Crespo netted two goals and Jerry Mawihmingthanga scored another goal to seal a quarter final spot for the Indian Super League (ISL) side.

If Delhi win against North East United by a big margin, then they would qualify for the quarter finals. Presently, they are in the 4th position in Group D with Odisha FC and Army Green occupying the first 2 positions respectively. Army Green has 2 matches left in the tournament whereas the other teams in the group have only one match left.

NEROCA FC will be locking horns with Hyderabad FC and Bengaluru FC will take on FC Goa in today’s ISL matches.