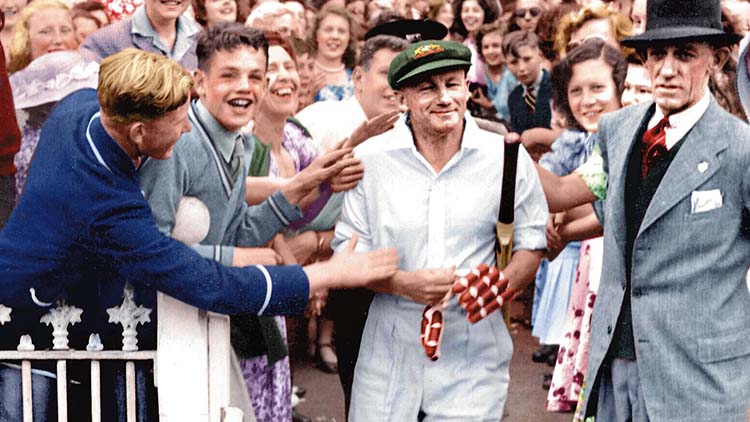 In this article, we are going to look at 5 batsmen who have scored the fastest 4000 runs in Test Cricket till now.

The purest format of Cricket is the Test. And it is what is considered as the benchmark to judge the quality of a batsman. It is easier to score runs when you are playing in an ODI or a T20i. It is because you are aware that you have fixed overs to do that.

Nonetheless, when a match is spread over 5 days, then it tests the patience of batters. And when you make piles of runs in Test Cricket, then its significance is much higher than other formats.

In the same context, let’s look at 5 batsmen who showed extreme class and were fastest to 4000 runs in Test Cricket! Read on this post and know more!

Jack Hobbs happens to be one of the quality batsmen who played the game. He has the record for being the highest scorer in First Class Cricket. He managed to score – hold your breath – 61,760 runs in First Class version. It was studded with a record 199 tons. He played for the English Cricket Team in 61 Tests and hit 5410 runs at an average of 56.94. Jack scored his 4000th run in Test Cricket in 75th inning. He achieved this feat in a game against Australia at the historic Lord’s.

Viv Richards is another great batsman from the Caribbean Nation. He had a remarkable outing in Tests. Richards was more inclined to hit boundaries than leaving the balls. He was also a part of the victorious 1975 and 1979 World Cup Teams. The legendary bat went on to play in 121 games and hit 8540 runs. His strike rate was 50.2 and also scored 24 centuries. Viv achieved the feat of 4000 runs in Test Cricket in 71st inning. He did that at the Sydney Cricket Ground (SCG) against Australia.

The legacy of Everton Weekes of West Indies is also well regarded all across. The batsman was known as the one with a solid balance and with the great back foot. Such was his class that he had left many Cricket experts and fans across the globe in awe of him. Weekes played a total of 48 Test matches and hit 4455 runs at 58.6 average. He achieved the feat of 4000 Test runs in only 71 innings.

Herbert Sutcliffe played a big role to take England Cricket to the next level of excellence. He used to open for England and scored a total of 4555 runs in 54 games averaging 60.73. Herbert had a great time while playing Down Under in all 3 Series that he got to play. In just 68 innings, Herbert went past 4000 runs in Test Cricket. The landmark was achieved Vs Australia in a game in Brisbane.

What to say about the quality batting that Don Bradman showcased over the years? His batting average in Tests of 99.96 was enough of the proof! He was surely an institute of Cricket in himself. He is at the numero uno position for being the fastest ever batsman to score 4000 runs in Test Cricket in our list. In 52 tests, he scored 6996 runs and ended his career as one of the greats of the game. Don was able to cross 4000 runs milestone in Test Cricket in only 48 innings. The moment arrived while playing against England in a match on 1 January 1937.