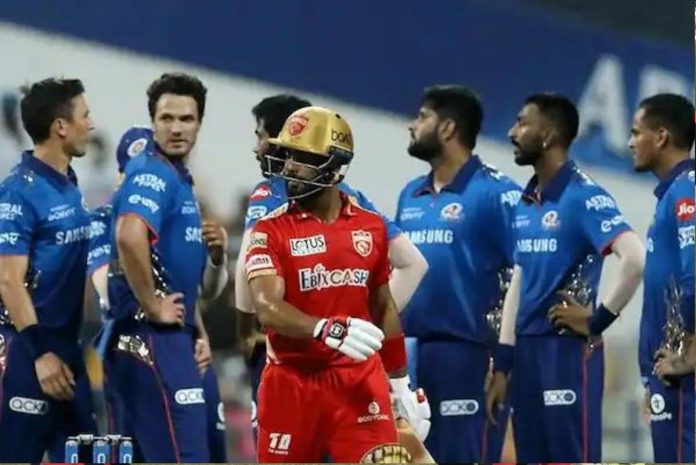 The 23rd match of the TATA IPL 2022 will pit Punjab Kings against Mumbai Indians. This match will take place on April 13 at 7:30 p.m. at MCA Stadium in Pune.

The 15th season of the Indian Premier League (IPL) is currently underway. Punjab Kings and Mumbai Indians have met 28 times so far. So far, Punjab has won 13 of the 28 games, while Mumbai has won 15, which is slightly better than the Kings. There hasn’t been a single draw in any of the games. Their statistics show how similar these two teams are.

Batting first in their previous match in Abu Dhabi in 2019, PBKS scored 135 runs thanks to Aiden Markram’s 42-run inning and Deepak Hooda’s 28-run contribution to the team. Mumbai’s Jasprit Bumrah took two wickets. While chasing, Saurabh Tiwary and Hardik Pandya swept half the game, scoring 45 and 40 runs, respectively, but Ravi Bishnoi tried to block MI by taking two match-winning wickets but have been unable to destroy MI.

Punjab King had their most successful season in 2014 when they reached the league finals. Since then, they haven’t even made the playoffs once. PBKS defeated RCB by 5 wickets in their previous game. With Faf du Plessis’s opening 88 for his team, RCB amassed 205 in the first innings. Arshdeep Singh and Rahul Chahar both took wickets for PBKS. Mayank Agarwal and Shikhar Dhawan put on a quick 71-run partnership for the first wicket, laying a solid foundation for PBKS’s chase. Later, in the final overs, Shahrukh Khan and Odean Smith smashed the RCB bowlers, and the RCB was defeated with five wickets in hand and six balls remaining.

The Mumbai Indians, on the other hand, appeared to be the superhero without a cape this year, having yet to win a game in the tournament. So far, they’ve lost all four games. They were defeated by Delhi Capitals by four wickets in their first match, and by Rajasthan Royals by 23 runs in their second match. They were defeated by the Kolkata Knight Riders by 5 wickets in their third match.

In their match against RCB, MI batted first and scored 151 for the loss of six wickets. After several early dismissals, they were 62 for 5. Suryakumar Yadav ignited the game with a crucial 68-run inning. MI reached a respectable total thanks to Unadkat’s valuable 13 runs. However, in comparison to RCB’s formidable batting lineup, this total appeared small, and they were defeated by 7 wickets.

Out of 28 encounters so far, Mumbai Indians have won 15 while Punjab Kings have won 13.

RCB vs MI Head to Head Record in IPL

KKR vs PBKS Head to Head Record in IPL