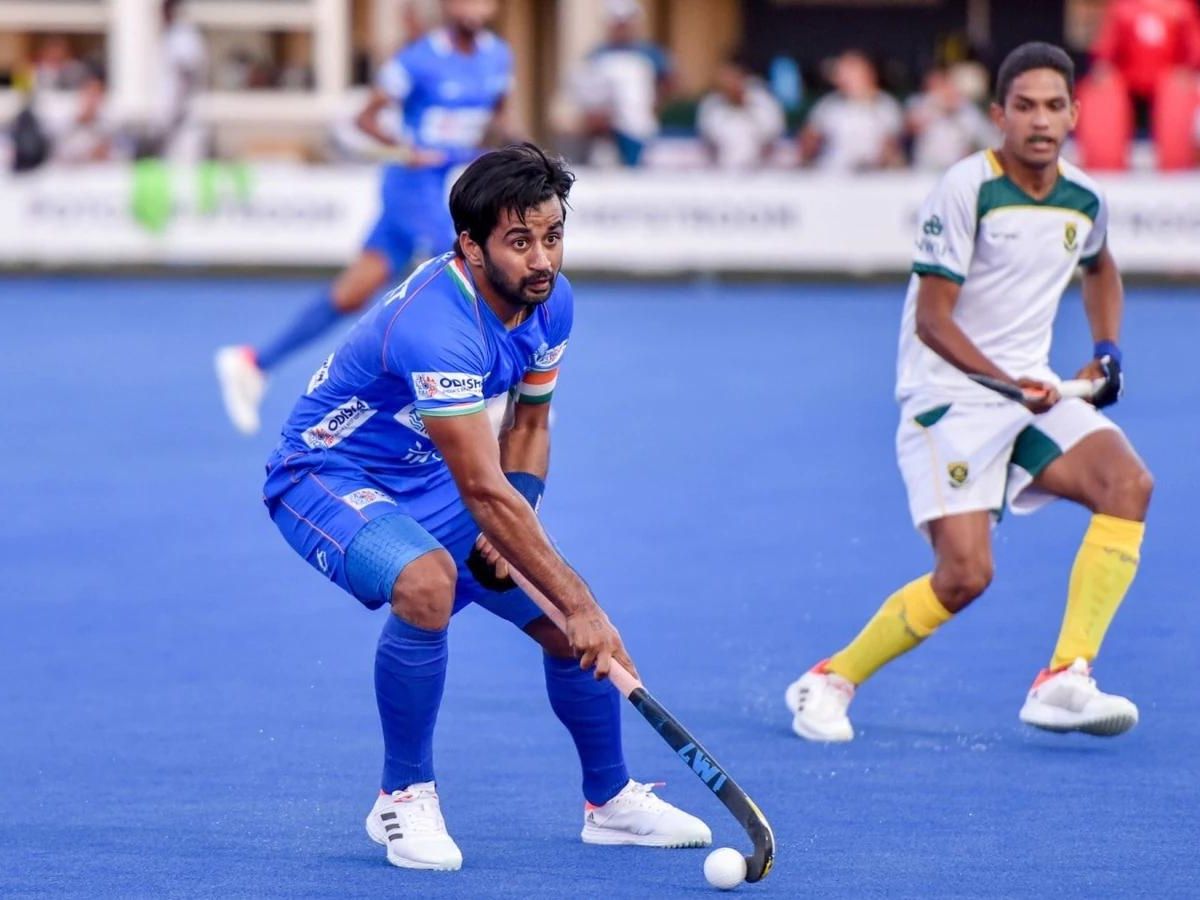 On Monday, Hockey India announced the Indian Men’s Hockey Squad for the Common Wealth Games 2022, scheduled to start on July 29th, 2022 in Birmingham. India is grouped in CWG’s Pool B along with England, Wales, Canada, and Ghana. and will begin their campaign on July 31st against Ghana.

Manpreet Singh will be leading the Indian side again for the Commonwealth Games. It was under his captaincy that India won the Bronze medal after 41 years at the Olympic Games in Tokyo last year.

Meanwhile, the role of vice-captaincy is in the capable hands of drag-flicker Harmanpreet Singh, who is the current highest scorer in the International Hockey Federation’s Pro League.

Veteran goalkeepers, PR Sreejesh, and Krishan B Pathak are set to return to the game after recovering from an injury.

Skillful strikers like Mandeep Singh, Lalit Kumar Upadhyay, Gurjant Singh, and Abhishek will usher in the attack against the competition. During the selection, experienced campaigners have been given preference in the defense, midfield, and forward positions in the squad.

India’s matches in CWG Pool B

Some of the keen-eyed amongst you must be wondering why FIH pros like Rupinder Pal, Suraj Karkera, and forwards Shilanand Lakra and Sukhjeet Singh are being dropped because they are injured and recovering.

“We have gone with a tried-and-tested team for the Commonwealth Games. These players have the experience of playing top teams in high-pressure games in the FIH Pro League which was a good exposure for us ahead of the prestigious quadrennial event, “said Graham Reid, Chief Coach.

“After a brief break when we return home from Netherlands, we will resume camp in SAI, Bengaluru where we will analyze our performance against Belgium and Netherlands. While there are many takeaways from this outing in FIH Pro League, there surely are a few areas that we can improve upon ahead of the Commonwealth Games,” says Reid.