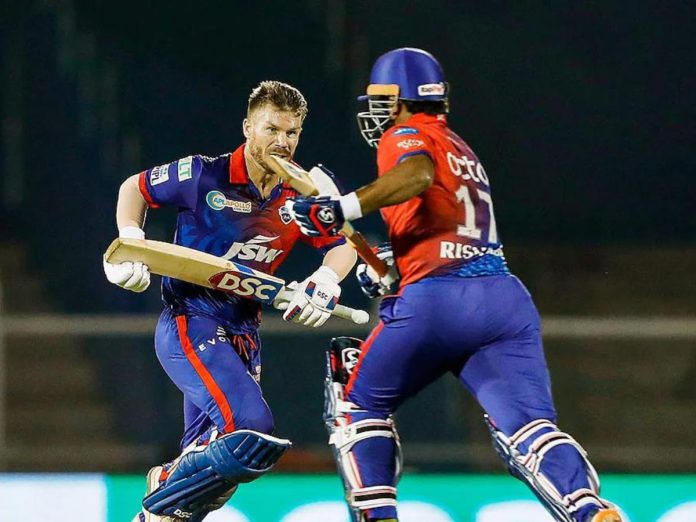 David Warner, the Delhi Capitals opener was playing against Sunrisers Hyderabad after a total of eight seasons. The former SRH player was at his best against his previous IPL franchise. He did an amazing job with the bat and won the Man of the Match award for scoring 92 runs off 58 balls. And, Warner said that he didn’t need any extra motivation to perform well against former IPL winners.

David Warner didn’t leave SRH on good terms as he was humiliated by the management in a different fashion. He was first dropped from the captaincy followed by his exclusion from the playing XI.

The southpaw is reckoned as one of the best batsmen in the ongoing cash-rich league. But, he was not very well treated by SRH team management. In the end, Warner’s long-term association with the orange army came to a sad end after he was released by SRH ahead of the IPL 2022 mega-auction.

Earlier this year, David Warner was picked by none other than his old franchise Delhi Capitals. His return to DC has certainly brought him back into his good batting form. He has notched 356 runs in just 8 games for DC. The biggest knock for the southpaw came against his former side and he scored unbeaten 92 runs off 58 balls.

Post-match, the DC opener said that he didn’t want any type of extra motivation to perform well against his former franchise David Warner

“I didn’t need extra motivation. We’ve all seen what happened before in the past. It was just good to get the win on the board,” Warner said about the reunion during the post-match presentation ceremony.

Warner jokingly even pointed toward how other players have been hitting sixes of more than 100 meters in the matches. The Aussie batsman also added that he is going to hit the gym very soon and it might help him touching 100 metre mark while smashing sixes.

“I was baking up towards the end there. It was a bit silly of me trying to run fast. Man he hits them clean and gee they go a long way. Even the other day, 117 meters, these guys are clearing these fences like anything. I’m getting older. I need to get back in the gym. I’m only hitting 85 meters. Hopefully, I can hit one for 100 meters at some stage,” joked Warner.