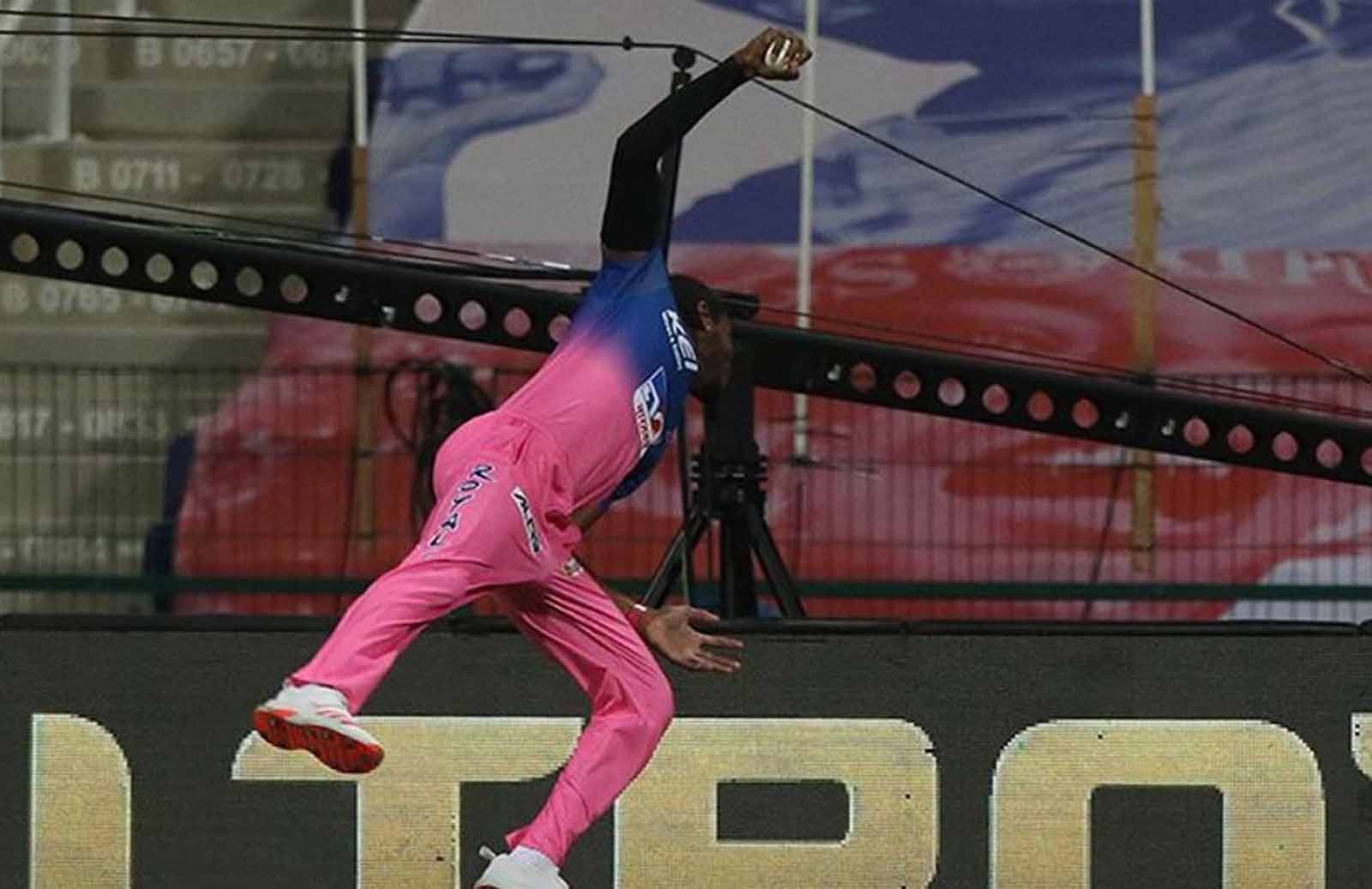 Rajasthan Royals defeated defending champions Mumbai Indians by a margin of 8 wickets. Ben Stokes and Sanju Samson managed brilliant knocks with the bat. But, one instance that stole the limelight was the catch taken by Jofra Archer near the boundary line to dismiss Ishan Kishan.

Jofra Archer is plying his trades for Rajasthan Royals in the ongoing IPL 2020. He has been a vital cog of the Royals bowling line-up. The 25-year-old is known for his quick yorkers, lethal bouncers. But, during the MI game, he also showcased an example of how good he is as a fielder.

Jofra Archer And His Class Fielding

The instance happened in the 11th over of the game bowled by youngster Kartik Tyagi. On the fourth delivery of the over Ishan Kishan, who was the batsman on the strike, went for a cut. But, he merely failed in getting his timing well. And, the ball took the leading edge of the bat and the ball went into the air. Jofra Archer, who was stationed at third men miscalculated the ball traveling to him. But, he ended up taking a one-handed stunner. It was a damn good catch and even the Royals players couldn’t believe that the pacer managed to grab such a brilliant catch.

Coming onto the game, MI managed 196 runs in their 20 overs. Hardik Pandya was the star in their batting unit. He scored 60 runs off 21 balls studded with seven sixes and two boundaries. Suryakumar Yadav, Ishan Kishan, and Saurabh Tiwary were the other batters, who contributed well with the bat. But, MI bowlers and they failed to defend the target.

Ben Stokes and Sanju Samson single-handedly took the game away from Mumbai Indians. The former managed his 2nd ton of IPL and scored 107 runs off 60 balls. Meanwhile, Sanju Samson supported his partner well and smashed 54 runs off 31 balls. The England all-rounder also awarded with Man of The Match for playing a swashbuckling knock. And Royals win over Mumbai Indians kept their hopes still alive to qualify for the playoffs.