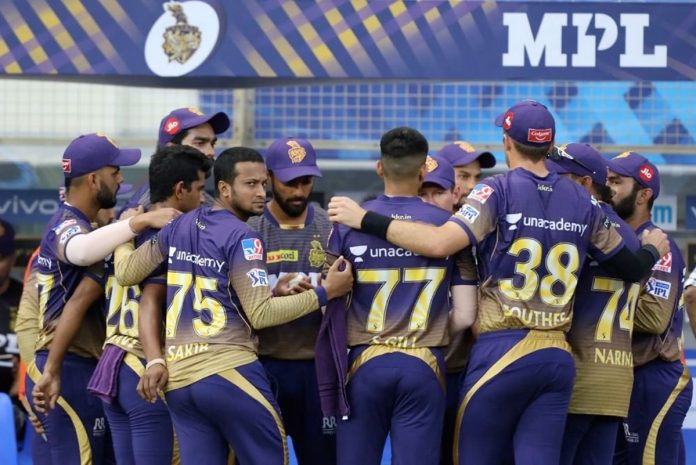 Kolkata found its way into the finals of the 2021 season under Eoin Morgan’s captaincy but lost to CSK in the final. Their performance has been good in the IPL’s history, having won the title in 2012 and 2014. The Kolkata-based franchise will be looking to carry on the same momentum this year. This year at the mega auction Kolkata Knight Riders bought 21 players including 15 Indian and 6 overseas players.

Ahead of the mega auction, Kolkata Knight Riders had an available salary cap of Rs. 48 crores which were later barred to only 33 Cr whilst blocking 9 Cr. The franchise spent Rs. 42 crores out of Rs. 90 crores total purse to retain 4 players in their squad for IPL 2022. The two-time IPL champions retained Andre Russell, Varun Chakravarthy, Venkatesh Iyer, and Sunil Narine.

The biggest and most positive takeaway for KKR from the Auction was the acquisition of their leader, Shreyas Iyer in the marquee sets for a whopping 12.25 Cr. They also got Sam Billings for 2 Cr who will probably don the wicketkeeping gloves for them. Meanwhile, recently Alex Hales opted out of IPL citing cited bubble fatigue and mental well-being as the reason for his withdrawal.

They refrained from picking Eoin Morgan back in the squad as his performance with the willow last season was unimpressive. Aaron Finch will probably serve as the replacement for Alex Hales and will add more firepower to their squad.

They will face CSK in the opening game of the competition on March 26. Ahead of the clash, let’s have a look at the strongest playing XI of KKR which can make it to the field.

The 27-year old, Venkatesh Iyer is one of the triumph cards for KKR, and the franchise will be expecting some match-winning performances from the youngster. He played some brilliant knocks in the past edition coming down the order. He could pair up with veteran Ajinkya Rahane at the top, who could get a look in the absence of Aaron Finch. Rahane hasn’t had much game time in the past couple of seasons at Delhi Capitals and will hope that a shift in teams will help him change his fortunes.

Coming to the middle order, Nitish Rana and Shreyas Iyer are expected to come at No.3 and 4, with Sam Billings likely to follow. The Englishman is also expected to don the gloves, with Sheldon Jackson and Baba Indrajith being KKR’s only other option for a wicketkeeper. Shreyas Iyer and Nitish Rana are two consistent batters that will discard the liabilities KKR had while managing the poor form of Eoin Morgan.

Being associated with KKR for a very long time Narine and Russell are the two finest all-rounders in the shorter format. They will add depth to the batting lineup of KKR and pose as potent spinners at the same time. Both have risen on countless occasions for KKR showcasing their match-winning abilities.

Talking about Kolkata’s bowling arsenal they almost replicated their bowling options of the last edition with the likes of Pat Cummins, Shivam Mavi, Sunil Narine, and Varun Chakravarthy. The only difference they have in their bowling is the presence of Umesh Yadav in replacement of Prasidh Krishna who found his way into the Rajasthan Royals squad.

Overall, KKR has a good bowling attack. In fact, they have 4 strong bowlers and 3 all-rounders. So, even if Umesh has a bad day, Shreyas Iyer can utilize the other bowling options to complete the quota of overs. Meanwhile, Pat Cummins will be the leader of the pace attack. Whereas Varun Chakravarthy shall lead the spin attack for KKR.