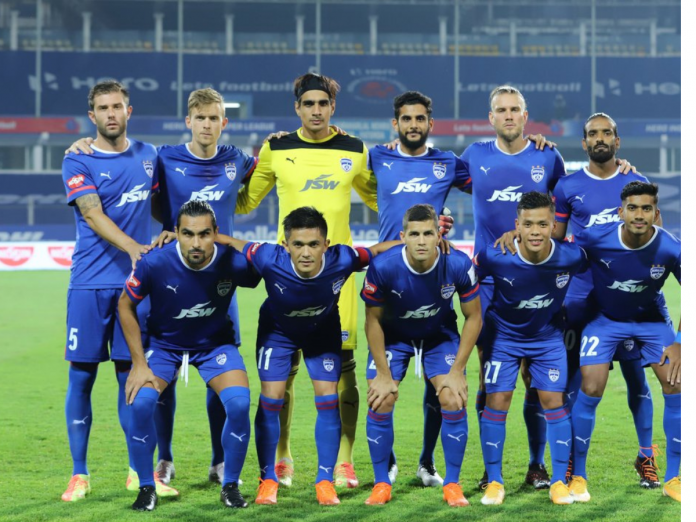 Bengaluru did not have a very good season in ISL 2021-22. The JSW-owned franchise finished 6th in the points table and did not manage to qualify for the playoffs.

The team management has made some sensational signings in this season and most notably have roped in Indian defender Sandesh Jhingan and Fijian striker Roy Krishna.

In the ongoing Durand Cup 2022, the Blues have made a dominating start and are sitting in the 2nd position of the league. They already have won their first 2 matches and an exciting encounter with Mohammedan SC awaits them.

In this article, we take you through all the players signed and transferred by Bengaluru FC in this season:

10. Clarence Fernandes- From Dempo SC U16