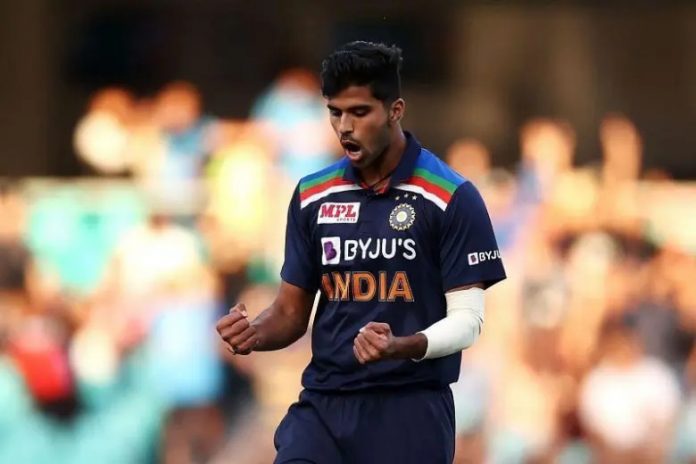 India and Zimbabwe are all set to face off in three-match ODI series against each other. The first ODI of India’s 2022 tour of Zimbabwe will take place on August 18. The second and third one-day internationals will be played on August 20 and 22, respectively. Harare Sports Club in Harare will host all of the matches.

The Indian squad is about to leave for Zimbabwe on Saturday, August 14. However, the team has suffered a major setback due to star all-rounder Washington Sundar having a serious injury. His chances of being ruled out of the forthcoming tour are high. As per the report of Cricbuzz, Washington Sundar will not travel to Zimbabwe with Team India. However, the BCCI confirmation on Sundar is yet to come.

In the absence of seasoned players, the Zimbabwe ODI series will be another chance for the young players to establish themselves.

In recent years, Arshdeep Singh has displayed exceptional skills in white-ball cricket and included in Asia Cup 2022 squad. He grabbed ten wickets in five games this year, with a four-wicket haul and an economy rate of 4.48 on an average of 21.00. The pacer has played a role in India’s strategy. However, he hasn’t had many opportunities to date. The youthful player has only participated in a few T20Is and has not yet made an ODI debut.

During the Indian Premier League 2022 season, Umran Malik captivated the world with his explosive pace. With his rapid bowling, he troubled even the finest bowlers in the world. During the IPL 2022 season, the young player was named Emerging Player of the Year. He received his first call-up to the Indian side for the T20I series against South Africa as a result of his performance. Now, it is a golden opportunity for him to be included in Indian Squad in IND vs ZIM series.

An all-around player for the Gujarat Titans (GT), Rahul Tewatia is eager to wear the Men in Blue shirt. Tewatia was chosen to play for the Indian white-ball team last season, but he was cut after failing the fitness test. He has now refined every part of his game, and this has been one of the key contributors to GT’s incredible performance in the IPL 2022 season. The 29-year-old has 217 runs in 15 games while only serving as the batting order’s finisher. He also takes crucial wickets whenever required.