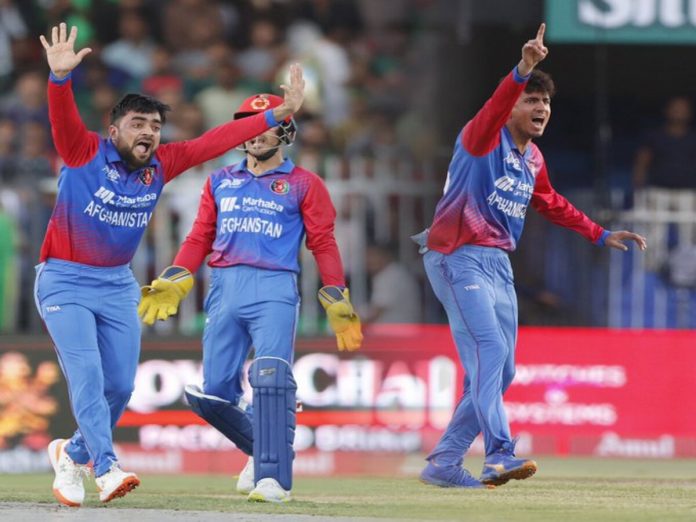 Afghanistan will be taking on Sri Lanka in the first game of the Super 4 stage of Asia Cup 2022 at Sharjah. Both teams belonged to Group B on the league stage points table.

Afghanistan won both of their games by convincing margins to make their way through to the Super 4 stage while Sri Lanka hunted down Bangladesh in the second game before losing to Afghanistan in the first. Both the teams have a decent number of match winners and both will be hoping to start things in style here.

The last time these two teams met in this tournament, Afghanistan won the game by 8 wickets. Sri Lanka will be aiming to turn the tides this time while the Afghani side will be hoping to continue their dominance. Another cracking contest is anticipated here between these two sides. Here are the top 5 key players to watch in today’s match Afghanistan vs Sri Lanka, Super four in Asia Cup 2022.

A right-handed batsman and leg-break bowler from Sri Lanka named Wanindu Hasaranga. In this tournament so far, he has four runs scored and three wickets taken. He will be a crucial option to take into account for this game. He will be the key player in today’s match coming with a lot of experience to upset the Afghanistan team.

Right-handed batter from Sri Lanka, Kusal Mendis has scored 62 runs in this tournament so far, and he might be able to bat well here again. Any attack can be destroyed by Kusal Mendis on his day. He testified similarly against Australia earlier this year and Bangladesh more recently. To reduce the 184-run chase, he smashed a 37-ball 60.

The Afghani Mujeeb-ur-Rahman is a right-handed batsman and right-arm off-break bowler. He has so far taken 5 wickets in this competition and can play a significant role with the ball again tonight. Mujeeb Ur Rahman has been rendered unusable in the current tournament. He bowls quickly and with enough variety to confuse batters.

Afghanistan’s Rashid-Khan is a right-handed batter and right-arm leg-break bowler. He will be a good pick for this game because he has already got three wickets in this tournament. Afghanistan will be hoping for a Rashid Khan masterclass to dispatch Lankan’s middle order with ease. It’s difficult to read his googlies and leg breaks.

The captain of SL Dasun Shanaka, must prevent the former from establishing a stronghold. This year, the right-hander has scored more than 500 T20 runs with a strike rate of over 140. He might have an advantage in the desired task because of his physique.