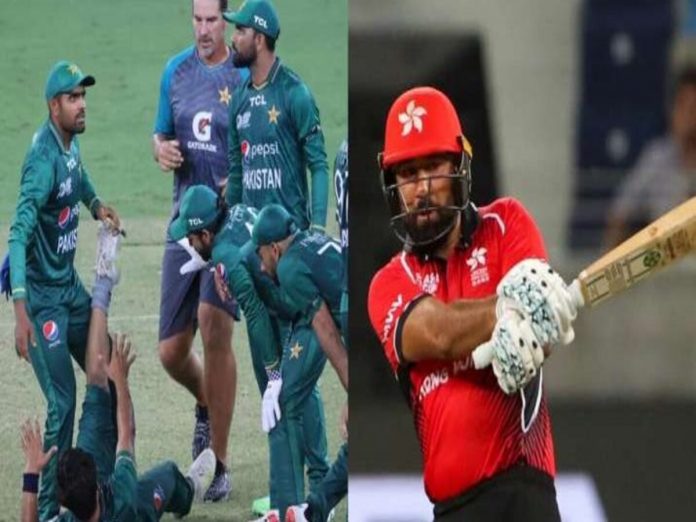 In the sixth game of the Asia Cup 2022 in Sharjah, Pakistan will square off against Hong Kong. Both of these teams, which are members of Group A, suffered defeats to India during the group stage. The Super 4 stage will be reached by the game’s winner.

Due to their close loss to India, Pakistan is currently ranked second in Group A, while Hong Kong is at the bottom of the rankings after losing to India by a score of 40 runs. For each of them, a victory is the only requirement to move on.

In order to present a strong challenge in this match, both sides will be striving to strengthen their weak areas. In their two previous meetings during the Asia Cup, Pakistan has consistently defeated Hong Kong. Since there are more stakes this time, another thrilling game is predicted. Know the key players to watch in today’s match PAK vs HK in Asia Cup 2022.

Hong Kong’s Babar Hayat could play a significant role in this pivotal Asia Cup 2022 match. On Wednesday against India, the 30-year-old played an outstanding inning of 41 runs off 35 balls. At 9 credits, Hayat, who smacked three fours and two sixes in his innings, would be a good fantasy selection.

Pakistani left-handed batsman Fakhar Zaman is in charge of their top order. He only managed to score 10 runs in the previous game, but he will be looking to build on that start in this game. He can play a match-winning knock and can be the best player to keep an eye on.

Pakistani left-handed batsman and orthodox left-arm spinner, Mohammad Nawaz is a key player who can give an all-round performance for the team. With three wickets for 33 runs in his 3.4 overs against India, the left-arm spinner was Pakistan’s master wrecker.

A right-handed batsman and right-arm fast bowler, Naseem Shah is the key player of the Pakistan team. In the previous game, he picked up two important wickets. If he is available for this game, he will be a valuable addition to the team. He might be an important guy to keep an eye on in the bowling division. The young right-arm bowler, 19, caused difficulty for the illustrious Indian batting order by taking two wickets for 27 runs in his four allotted overs.

The wicket-keeper batsman, Mohammad Rizwan scored 43 runs off 42 balls to lead Pakistan in scoring in their opening game against India. Rizwan is a reliable wicketkeeper behind the stumps and might improve any match.