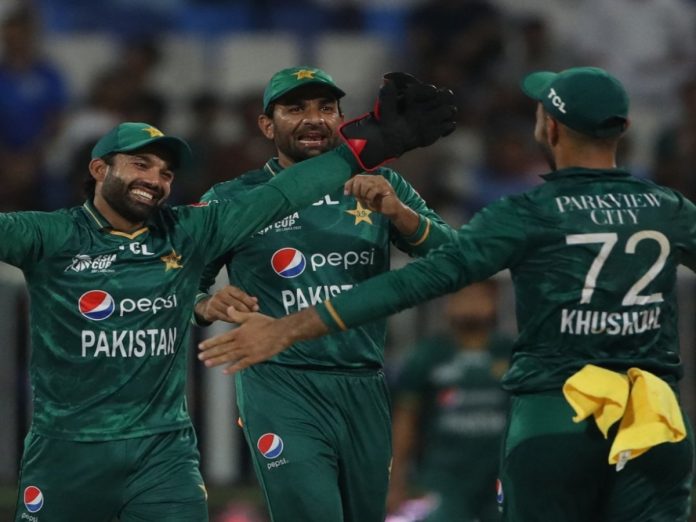 Today, Pakistan will face Afghanistan in the fourth match of Super 4 in the current Asia Cup 2022 in Sharjah Cricket Stadium, Sharjah. The team is coming off a high after defeating India in their first Super game on Sunday. The team will now hope to go to the finals by defeating Afghanistan and Sri Lanka.

The Azam-led team has fired with bat and ball. Mohammad Rizwan has led the charge, as the Asia Cup’s leading run-scorer. The small right-hand batter has helped anchor the innings, allowing power hitters like Asif Ali and Khushdil Shah to go bang from the start. Naseem Shah and Shadab Khan have both bowled brilliantly. Only Azam’s shape is a cause for concern. He hasn’t scored more than 30 runs in three innings and would like to do so now.

Afghanistan, on the other hand, fought hard against the Lankans in their first Super-4 match but failed to deliver the fatal punch. As the Lankans pursued a 170+ goal, their bowling slipped slightly. Batting has been solid for the team, with Zazai and Rahmanuullah Gurbaz getting off to fast starts. Afghans hope to put on a strong showing with bat and ball against Pakistan.

Babar is battling with his form and has yet to register a strong knock; this match could be the one where he finds his groove. However, Pakistan’s top batter and captain, Babar Azam, has been in phenomenal form and is a vital element of the Pakistan team. He has led Pakistan extremely effectively during his tenure and will wish to continue that performance against Afghanistan.

While Babar Azam has been an excellent addition to Pakistan’s batting, his partnership with wicketkeeper-batsman Mohammad Rizwan has strengthened the team even further. Rizwan has also had a successful career with the Pakistan team thus far. He is the Asia Cup’s leading run-scorer, with two fifties already.

Rizwan hit 71 off 51 deliveries in the previous game against India, giving him his second fifty of the tournament with a strike rate of 139.22. Rizwan also surpassed Kohli as the top scorer in the continental event, with 192 runs at an impressive average of 96.

Afghanistan would rely heavily on opener Rahmanullah Gurbaz, who has 135 runs in three games at an average of 45 in the Asia Cup 2022. He led the way against Sri Lanka in Afghanistan’s first Super 4 game, but it was in vain.

The Afghani batter, Najibullah Zadran would like to score more runs despite having the best strike rate in the Asia Cup 2022 at 213.79 percent. He might move up to the top of the lineup. Afghanistan’s captain and all-rounder Mohammad Nabi is struggling with his batting, which is a worry.

The youngster Naseem Shah is another pace bowler on this Pakistani team to keep an eye on. Shah, who is only 19 years old, has excelled in every appearance for the Pakistani team. Five wickets were taken by Naseem in three Asia Cup games.

Also Read: 3 Reasons Why We Won’t Be Seeing Trio of Jadeja, Dhoni & Raina in IPL 2023 Together