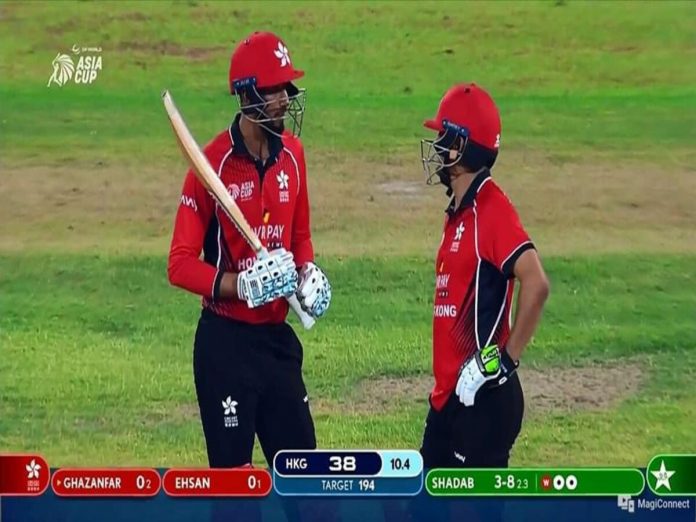 After being bowled out for a pitiful 38 against Pakistan in the last group game, Hong Kong fell to the lowest team totals in Asia Cup history. Nizakat Khan, the captain, earned the highest personal total with 8 runs. Six runs, which Kinchit Shah scored with his bat, were the second-highest total.

Between Shadab Khan and Mohammed Nawaz, seven wickets were taken, therefore the spinners were the ones who caused the most damage.

In the meantime, this was the lowest team total in Asia Cup history. They also beat the record set by the UAE, which was 81 runs against India in the 2016 tournament. Here is the entire list.

It’s interesting to note that UAE has the next-best score to their name (82), just one more run, and that it occurred against Bangladesh, the tournament’s host nation at the time. In contrast, Pakistan’s 83 runs against India in the same edition of the Asia Cup represented their lowest team total ever.

In a crucial Asia Cup encounter on Friday, Pakistan defeated Hong Kong by a record 155 runs to set up a second meeting between the two archrivals in as many weeks.

In the run-chase, Hong Kong was easily defeated by Pakistan’s onslaught, which proved to be too strong for them. In 10.4 overs, their innings were over for just 38 runs, placing Pakistan as the second-place team from Group A and qualifying them for the Super 4. In the shortest format, it was Pakistan’s biggest victory.