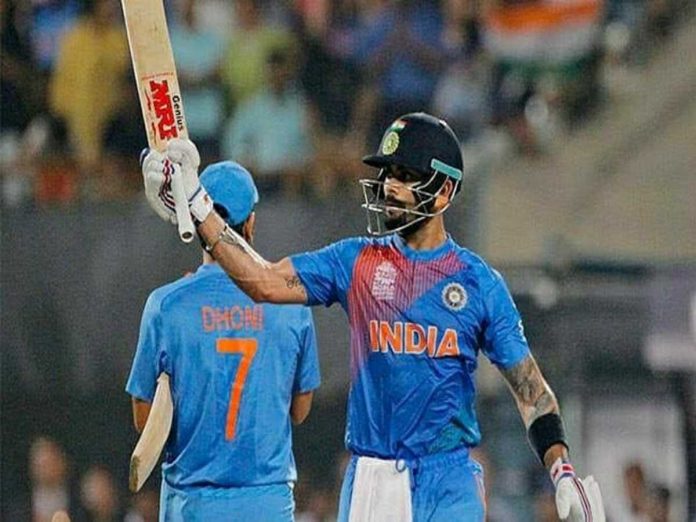 The Asia Cup 2022 is set to begin in just a few days, and former India captain Virat Kohli remembers the great player MS Dhoni. Let us first point out that Kohli is renowned throughout the world for his outstanding batting. But for now, this guy is having trouble with his inconsistent play. Kohli was recently given a break for the tour of the West Indies and Zimbabwe at the same time. However, he will now be seen competing in the Asia Cup.

The world is aware of the strong friendship that India’s Virat Kohli and former captain MS Dhoni share and their mutual regard for one another. Both batters were known for their strong partnerships and for stealing singles and doubles quickly, leaving the opposition scrambling for explanations.

On Thursday, Kohli posted a photo of himself with Dhoni, and the message sent Twitter into a frenzy, with many fans commenting on how much they miss seeing the duo in action for Team India.

Significantly, while posting on Twitter on Thursday night, Virat Kohli honoured Dhoni, as the two have played cricket together for a long period. Dhoni, who won the Asia Cup thrice as captain, was named vice-captain in 2017 before handing over the captaincy to Kohli.

“Being this man’s trusted deputy was the most enjoyable and exciting period in my career. Our partnerships would always be special to me forever. 7+18” Kohli tweeted.

Being this man’s trusted deputy was the most enjoyable and exciting period in my career. Our partnerships would always be special to me forever. 7+18 ❤️ pic.twitter.com/PafGRkMH0Y

The Asia Cup begins on Saturday, August 27th. All of the teams in this competition are continually practising for this. The tournament’s most difficult match will be played on Sunday, August 28th. In which the Indian and Pakistani teams will square off. Pakistan has begun to practise for this match, involving the Indian team.