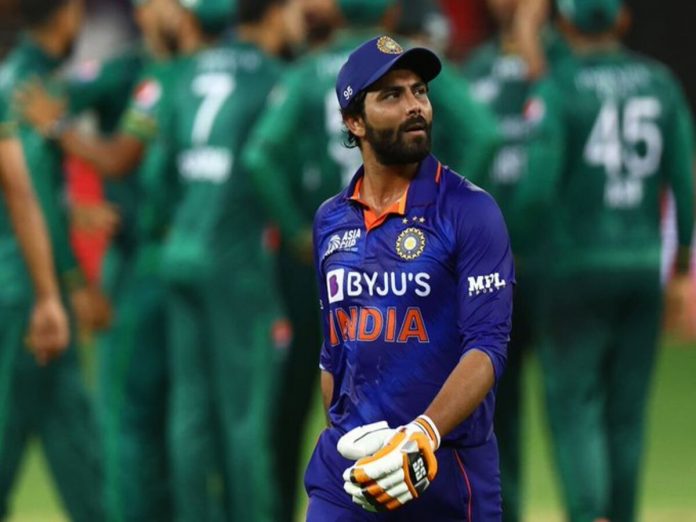 The BCCI announced on Friday (September 2) that Ravindra Jadeja will no longer be a part of Team India for the Asia Cup 2022. The outstanding all-rounder was instrumental in India’s victories over Pakistan and Hong Kong, and the Men in Blue will now be without their first-choice all-rounder for the remainder of the tournament.

The BCCI stated in their release that Jadeja is suffering from a right knee issue. Axar Patel, a like-for-like replacement for the all-rounder, has taken his spot.

Fans have been sending Jadeja well wishes, hoping that he would recuperate in time for the 2022 T20 World Cup. Amid all rumors that all is not well between Jadeja and Chennai Super Kings (CSK), the IPL franchise has wished the all-rounder well.

Jadd! Come back stronger than ever

“Speedy Recovery, Jadd! Come back stronger than ever! #AsiaCup2022 #WhistlePodu @imjadeja,” the Yellow Army wrote on Twitter. Their tweet has come amid the rumours of Jadeja leaving CSK.

Jadeja and CSK haven’t been in touch – Reports

According to media reports, Jadeja and CSK haven’t been in touch since the IPL 2022. The decision to choose MS Dhoni the new captain of CSK apparently didn’t sit well with Jadeja. Dhoni had resigned from the position of captain prior to the start of the IPL 2022.

The legendary MS Dhoni, who was still competing, was replaced as captain by Jadeja, who resigned from the post halfway through the season due to a string of poor performances that prevented CSK from reaching the playoffs for just the second time in IPL history.

Under Jadeja, CSK struggled and only managed two victories in eight games. The team reinstated Dhoni as captain after the disappointing outcome. Jadeja only participated in two of his games before suffering a rib injury and being sidelined.

Nothing is definitive as of yet, so supporters must wait until the retention day for an answer on Jadeja’s future with CSK. India has advanced to the second round of the Asia Cup and will play Sri Lanka, Afghanistan, and one of Hong Kong or Pakistan in the Super Four.