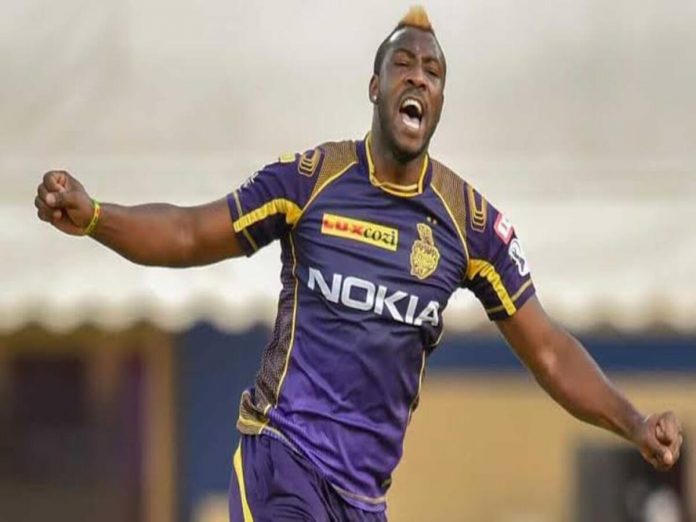 If Andre Russell is in form, it doesn’t matter if the format, the nation, or even the tournament changes. Russell is a big hitter and when he is, it doesn’t matter. Russell can completely devastate the opposition if he decides to go after a team as he did on Saturday against St. Kitts and Nevis Patriots (SKNP), who were competing for the Trinbago Knight Riders (TKR) in cricket’s newest format, the “6ixty.”

Andre Russell, a fiery all-rounder for the West Indies, gained attention once again. This time, in the first 6IXTY competition, by hitting six sixes in a row against St. Kitts and Nevis Patriots. The hitter for the Trinbago Knight Riders scored a brilliant knock of 72 runs in 24 balls, giving his team a 3-run victory. Check the list of other players who smashes 6 sixes in a row along with the muscular Russell.

Andre Russell at his full strength

St. Kitts & Nevis Patriots bowlers were reportedly dealt with harshly by the all-rounder. The batter approached the plate with extreme aggression. The World Cricket has frequently witnessed a cool and collected Russell who, on his best day, is extremely menacing. In an interview, the batter expressed his wish to play for West Indies once more; if the batter keeps turning in such performances, selectors may find it difficult to overlook him.

On January 19, 1985, Shastri achieved it while competing for Bombay (Mumbai) in the Ranji Trophy match against Baroda. To go down in history, Shastri smashed Tilak Raj, a left-arm spinner for Baroda, for six sixes in one over. In the match, Shastri reached 200 undefeated in 113 minutes, the fastest double century in First-Class cricket history.

The former South African batsman, Herschelle Gibbs became the first player to hit six sixes in a single over in international cricket. The Proteas opener, who is well-known for his destructive hitting style, couldn’t have done it on a greater stage. Gibbs decided to hit bowler Van Bunge six times in one over while South Africa was facing the Netherlands in the 2007 World Cup. As the first batsman to accomplish the feat during a World Cup, Gibbs went down in history. Until 2021, no one else had ever smashed six sixes in a single over during a 50-over match.

Yuvraj Singh’s six sixes off Stuart Broad of England were made all the more fascinating by the Englishman Andrew Flintoff’s never-ending furious disputes with the Indian. India and England have frequently clashed during cricket matches after former India captain Sourav Ganguly’s antics at the Lords during the Natwest Series. Yuvraj Singh’s knock had maintained India’s bragging rights with him for years. The Indian southpaw held the record for the most sixes hit against a fast bowler in a single over.

After a break following the epidemic, Mumbai Indians hard-hitter Kieron Pollard revived the celebration of sixes when Sri Lanka faced the Windies in the first T20I of a three-match series. In a strange coincidence, Pollard defeated Akila Dananjaya of Sri Lanka, who had also scored a hat-trick in the same game. The hosts defeated the visitors by four wickets while chasing 132 runs.