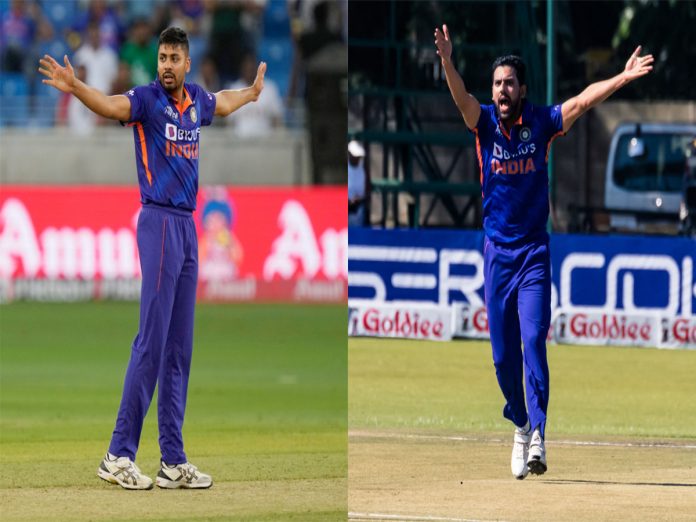 Due to illness, Team India pacer Avesh Khan will not compete in the Asia Cup 2022. Deepak Chahar will take his position in the Indian team. Avesh did not participate in the match against Pakistan, and it doesn’t appear that he will be able to recover in time for the remaining games.

Given his all-around skills, Deepak Chahar, who just played against Zimbabwe after a protracted injury layoff, will be a valuable addition to the Indian team.

Avesh was unable to play in the Super Four stage match on Sunday against Pakistan due to a fever, although India coach Rahul Dravid had anticipated that he would be fit for the tournament’s following games.

According to a PTI report from Tuesday, September 6, Avesh will no longer be able to compete in the prestigious competition because of illness. Deepak Chahar, a right-arm medium-pacer who was on the standby list for the Asia Cup, was also mentioned as having been added to the starting lineup.

“India pacer Avesh Khan out of remainder of Asia Cup due to illness, Deepak Chahar drafted in,” PTI tweeted.

India pacer Avesh Khan out of remainder of Asia Cup due to illness, Deepak Chahar drafted in

Hopefully, it is not too serious

“Avesh has just been feeling a little bit unwell, just been under the weather and a bit of fever and stuff. We have got a doctor who is managing him. He is not at practice today, hopefully, it is not too serious and he is okay for tomorrow, at least the later part of the tournament.”

Failed to impress with the bowling

Avesh, a speedster for the Indian National Cricket Team, has not impressed with his bowling at the current Asia Cup. He was very costly and participated in two games for India during the group stage. He bowled two overs during the match against Pakistan, gave up 19 runs, and got rid of Fakhar Zaman. The bowler took just one wicket while conceding 53 runs in his 4-over allotment during India’s second game against Hong Kong.

Avesh has participated in 15 T20 International matches for the India National Cricket Team, taking 13 wickets with a strike rate of 21.3, an economy of 9.10, and an average of 32.46.