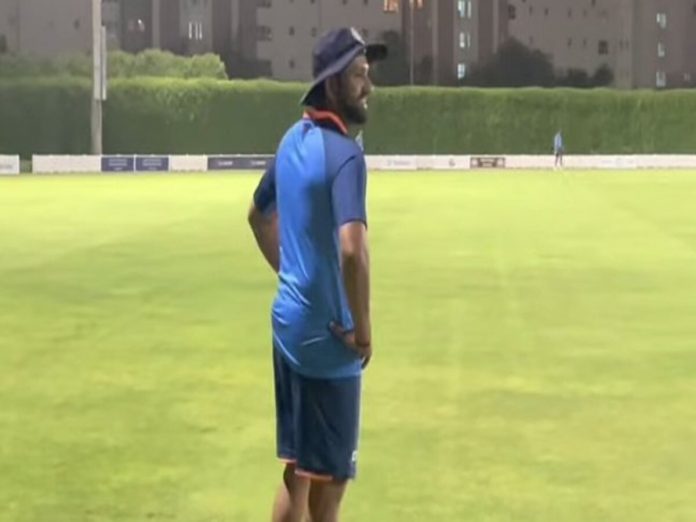 In Dubai, United Arab Emirates, on Saturday, August 27, Sri Lanka will play Afghanistan in the opening match of the Asia Cup 2022. It will be a great match, but for the Indian and Pakistani supporters waiting for the match between the bitter rivals on Sunday, it will simply be a taster.

Star cricketers from India and Pakistan have been captured with fans outside the training facility in Dubai in preparation for the much anticipated India vs Pakistan match in the Asia Cup 2022.

Since arriving in the UAE, Virat Kohli has garnered attention for refusing to refuse any request from a fan for a selfie. He enjoyed taking photos with everyone, whether they are from Pakistan or India. Not to mention, Kohli’s cricketing prowess has made him just as popular abroad as he is at home. On Thursday, Kohli made the day of two Pakistani fans.

When a Pakistani fan asked him for a picture on the sidelines of the training session, India captain Rohit Sharma obliged, and the incident caused him to trend on social media on Friday. Despite the barricade, he approached them and managed to offer him a hug as well.

With Pakistani fans asking for a hug, @ImRo45 stepped out of the ground and went and greeted them ! #INDvsPAK #AsiaCup2022 pic.twitter.com/xAWYDgg3Iz

Not only have cricket fans met their favourite players, but players from two different nations have also been hugging one another. Both of the sideline encounters between Kohli and Babar Azam and Shaheen Shah Afridi produced viral footage. Shaheen was actually on camera wishing Virat Kohli the best, as she said, “Ham aapke ke liye dua kar rahe hai app form mein aaye.” The video is the internet’s favourite.

The cricket players from Pakistan and India will soon neglect their friendly rivalry and begin fierce competition. Not to mention, India will be looking to get revenge after losing to Pakistan by 10 wickets in the T20 World Cup 2022 match last year.

Also Read: How to watch live streaming of SL vs AFG Asia Cup 2022 in India today