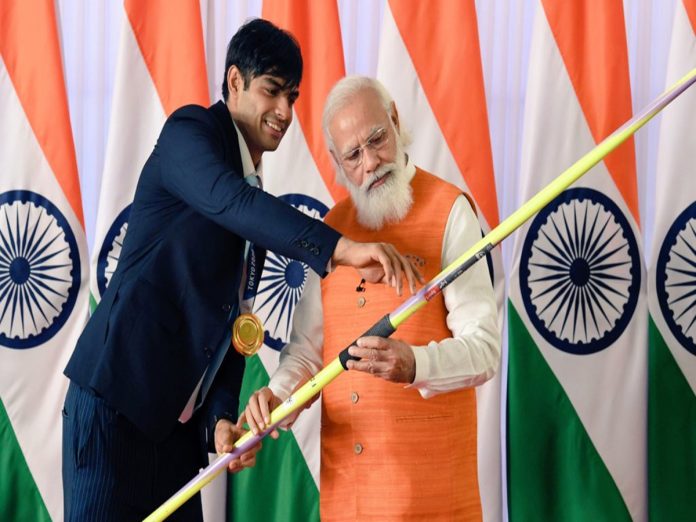 When Prime Minister Narendra Modi’s collection of mementos was put up for e-auction last year, it was the BCCI that placed the winning offer of Rs 1.5 crore for Olympic champion Neeraj Chopra’s javelin, a Cricket Board official informed PTI on Friday.

When Modi hosted Indian sportsmen following the Tokyo Games, Chopra gave him one of his javelins. The earnings from the e-auction, from which the javelin was one of many goods offered, went to the “Namami Gange Programme.”

Efforts to clean and protect the Ganga river

The 2014-launched “Namami Gange Programme” unifies the efforts to clean and safeguard the Ganga river. In 2021, the sale took place in September and October.

“BCCI had made the winning bid for Neeraj’s javelin. But we also bid for a couple of other collectibles. It (Namami Gange) is a noble cause and the office bearers in BCCI felt that as one of the premier sporting bodies in the country, we had a duty towards the nation,” a senior BCCI official told PTI on conditions of anonymity.

“As an organisation we are proud that we have a sporting good of one of India’s greatest athletes,” the official said.

What else does BCCI buy?

In addition, the BCCI gave Rs 51 crore to the PM Cares fund during the initial COVID-19 outbreak. BCCI spent Rs 1 lakh on an autographed angavastra signed by the Indian Paralympic team.

The price of Lovlina Borgohain’s boxing gloves was Rs 91 lakh.

1348 mementos, including sports collectibles, were submitted for the e-auction during the auction last year, and 8600 bids were received.

Chopra recently gave the javelin he used to win the gold medal at the Olympics in Tokyo to the Olympic museum in Lausanne. The official Twitter account for the Games verified it.