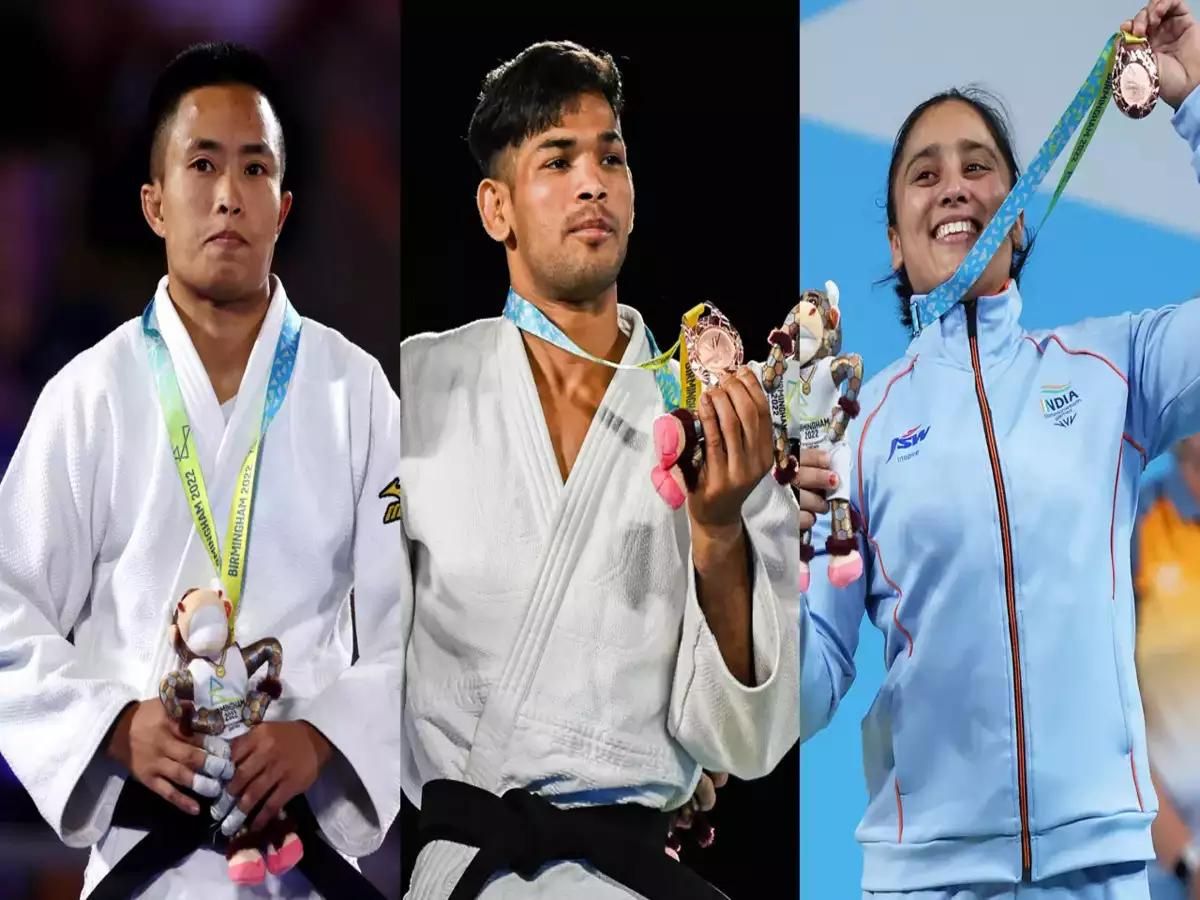 Welcome to the Kheltalk’s live coverage of the Commonwealth Games 2022, Day 4. As of now, India has won a total of 9 medals, three gold, three silver, and three bronze.

9. India’s Harjinder Kaur secured a Bronze in the Weightlifting event in the 71 kg division taking the overall medal tally to nine. She successfully lifted 93kg in the ‘Snatch’ category in her third attempt, and 119kg in Clean and Jerk.

8. In Judo, Vijay Kumar Yadav bagged a bronze medal in Men’s 60kg finals at the CWG 2022 on Monday. The 26-year-old defeated Petros Christodouildes of Cyprus to secure the eighth medal for India.

7. Shushila Devi Likmabam cliches the bronze medal in the Women’s Judo 48 kg final. She lost 25-4  to Michaela from South Africa.

6. P. Gururaja clinched a Bronze Medal in the Men’s Weightlifting 61 kg weight category at the Birmingham Commonwealth Games, 2022, on July 30.

3. Weightlifter Achinta Sheuli lifts a record 313 kg in the 73kg division to clinch the third Gold Medal for India. The 20-year-old lifted 143kg in snatch and 170kg in clean and jerk to top the field ahead of Malaysia’s Erry Hidayat Muhammad.

2. Jeremy Lalrinnunga lived up to his top billing as he clinched the second gold medal in Men’s Weightlifting 67kg category on Day 3 at the Commonwealth Games 2022.

Here are the Updated standings after Day 4 at the CWG 2022:

CWG 2022 India Schedule Day 5, 02nd August: All matches that you need to know