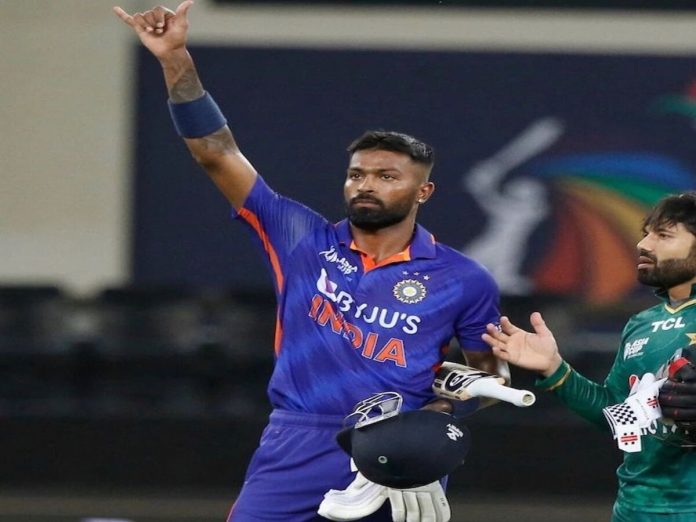 After blasting in India’s opening Asia Cup encounter against Pakistan, Hardik Pandya has improved significantly in his T20 ranks. In the most recent MRF Tyres ICC Rankings, several Asia Cup stars have advanced, with Hardik Pandya leading the numerous changes.

Particularly in the T20 all-around ranking, Hardik has advanced 8 spots to the top 5. Hardik has achieved his highest T20 ranking to date. At the same time, Mohammad Nabi is ranked first in the T20 all-round rankings, followed by Shakib at number two and Moeen Ali at number three. Maxwell, an Australian, is ranked fourth. With 167 points, Hardik Pandya has earned the fifth spot.

The hard-hitting fast bowler took 3/25 and scored 33 runs off only 17 balls, underscoring how crucial his contribution will be to India’s success at the T20 World Cup later this year in Australia. He received the player of the match award for his crucial knock against Pakistan.

Rahmanullah Gurbaz, a teammate, rose five positions to 29th. Moving up in all three Test ranking lists was a result of Ben Stokes’ contribution to England’s victory against South Africa, which also caused changes in the other two formats.