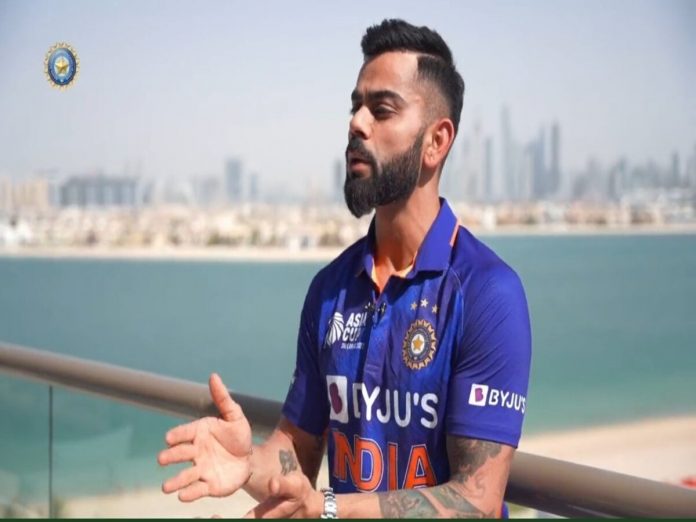 Virat Kohli, the star batsman for India, has gone more than a thousand days without recording an international century, and speculation over his form is growing by the minute. The hitter was rested for the limited-overs series against Zimbabwe and the West Indies after failing to even score a fifty during the tour of England.

After taking a month off, Kohli is ready to go and is hoping to regain his previous form for the Asia Cup and the ICC Men’s T20 World Cup, which will take place in Australia.

The former Indian captain opened up about his recent difficulties and how they had a negative impact on his mental health before making a comeback, which caused him to miss a full month of play. In an interview with the television network Star Sports, Kohli discussed why he needed a break and how he was feigning his intensity.

“I did not touch the bat for one month,” said Kohli

“For the first time in 10 years, I did not touch the bat for one month. I came to the realisation that I was kind of trying to fake my intensity a bit recently, you know you can do that, you are competitive and you are saying I have the intensity but your body is telling you to stop and it is telling you to take a break and step back. I am looked at as a guy who is very mentally strong and I am. Everyone has a limit and you need to recognise that limit otherwise things can get unhealthy for you,” Kohli said.

“This period taught me a lot, you know many things I was not allowed to come to the surface. When it surfaced, I embraced it. I am not shy to accept that I was feeling mentally down, it is a normal thing to feel but we don’t speak because we are hesitant, and we don’t want to be looked at as mentally weak or weak people. Trust me, faking to be strong is far worse than admitting to being weak,” he added.

It's @imVkohli like you've never seen him before as he opens up to his fans in a special episode of Virat: Heart To Heart.

I would give my every inch on the field.

Further talking about his intensity, Kohli said: “I am a person who wakes up and feels like let’s see what the day has for me and be part of everything that I am doing through the day with absolute presence, involvement and happiness. That is who I have always been, people ask me a lot how do you deal with this on the field and how do you carry on with the same intensity. I just tell them I love playing the game and I love the fact that I have so much to contribute and I would give my every inch on the field.”

Up close and personal with @imVkohli!

Coming back from a break, Virat Kohli speaks about the introspection, the realisation and his way forward! 👍

Full interview coming up on https://t.co/Z3MPyeKtDz 🎥

“To me, it never felt abnormal and a lot of people on the outside and even within the team, ask me how do you keep up with it. I just say one simple thing, I want to make my team win at any cost and if that means, I am gasping for breath when I walk off the field, so be it. That’s the kind of preparation I go through, to be able to play like that. That was not happening naturally, and I had to push myself. But I just did not know it,” he added.

Also Read: ‘This will be a big season for Kohli’: Saurav Ganguly backs former India skipper