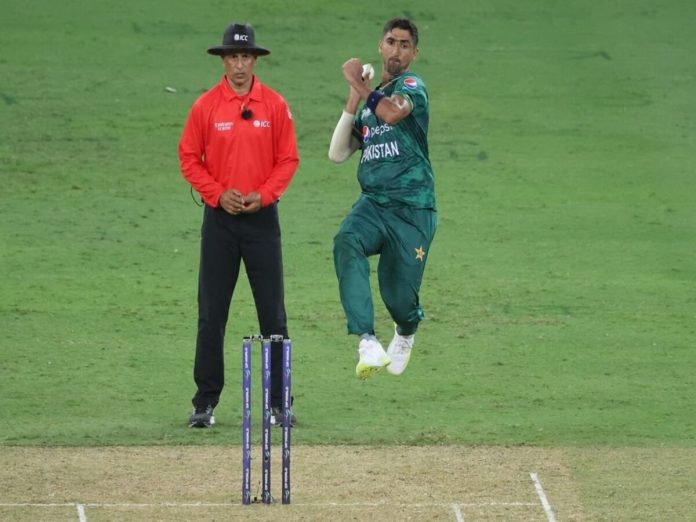 At the Dubai International Cricket Stadium on Sunday, the Men in Green will square off against their bitter foes, the India National Cricket Team. Notably, Pakistan will try to avenge their loss against Rohit Sharma and the company in the Asia Cup 2022 opening on August 28 at the same location.

“Shahnawaz Dahani will not be available for Sunday’s ACC T20 Asia Cup Super-4 match against India due to a suspected side strain. The injury happened while bowling in the match against Hong Kong in Sharjah on Friday,” the Pakistan Cricket Board said in an official media release

“As is the case with any suspected side strain injury, the medical team will monitor him for the next 48-72 hours, following which they will make decisions, including carrying out a scan and further participation in the tournament,” the Pakistan Cricket Board further stated.

Even though Pakistan lost to the Rohit Sharma-led team in the Group A encounter on Sunday, Dahani had performed admirably against India. Following a batting collapse, he contributed 16 runs in only six deliveries to help them reach their target. He then bowled a tidy spell, allowing just 29 runs in four overs, but was unable to pick up a wicket.

In the group stage match, India defeated Pakistan by a margin of five wickets. As Pakistan blasted Hong Kong by 155 runs to secure qualification to the Super-4 stage, he went on to return figures of 1/7 in two overs.

On Friday, Ravindra Jadeja was declared out for the duration of the competition, dealing another injury setback to India.

Also Read: 5 Teams with the lowest score in the Asia Cup of all time