IND vs ZIM 2022: 3 players to look forward in the ODI series 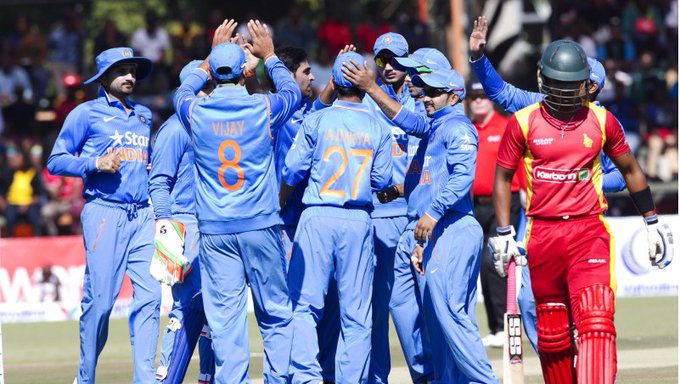 IND vs ZIM 2022: As the prestigious ICC T20 World Cup knocks at our doors, it is imperative for the Indian cricket team selectors to choose a refined and solid squad. Even though the playing XI of India in the marquee tournament is more or less fixed and settled, there are a lot of vacancies on the bench. As India squares off with Zimbabwe in 3-ODI games, the selectors will have their eyes set on a few players. Even though the format is different, players would be aiming to cement their position in the scheme of things leading to the World Cup. Here are 3 Indian youngsters to look forward to in this 3-match ODI series:

Even though the compact middle-order batter was called up for the Ireland T20I series, he remained uncapped. He was later sent home for the limited-overs leg against England. This was because a few high-profile Indian cricketers came back to the squad. Rahul Tripathi has been in blistering form in the Indian Premier League (IPL) over the last few years and has constantly knocked at the Indian team’s doors. In IPL 2022, Tripathi mustered 413 runs at a decent average of 37.55. In IPL 2021, Tripathi was one of the major reasons why Kolkata Knight Riders (KKR) reached the finals. He plundered 397 runs in the tournament and was a guiding force of the Kolkata-based franchise in the middle order.

Injuries have heavily plagued Washington Sundar’s illustrious cricketing career so far. He has gone down in the pecking order because of the injuries that have constantly bugged him. However, we are slowly seeing the talented off-spinning all-rounder in action as he is currently playing for Lancashire in the County Championship and has been named in the ODI squad for the Zimbabwe series. In the last edition of the T20 World Cup, Sundar failed to make it to Team India’s squad because of a finger injury. With India’s new batting strategy of going all guns blazing irrespective of wickets falling will most certainly need a reliable lower-middle order batter. And Sundar ticks all the boxes for that. Therefore, this ODI series against Zimbabwe is a very important series for the Chennai-born cricketer.

Also Read: Hardik Pandya is all set to be the permanent vice-captain of Team India in T20I format

Cast your mind back to the 2nd ODI between India and Sri Lanka in 2021. Deepak Chahar bailed India out of a precarious situation with a valiant knock of 69*. A supremely talented swing bowler who is a handy batter- this perfectly describes the cricketer from Rajasthan. Due to a spate of injuries, Deepak Chahar missed IPL 2022 and also a few important series of Team India. Chahar is now back to the Indian squad and would look to present a strong case to the Indian selectors with things that are in his hands. India desperately needs a like-for-like replacement for ace swing bowler Bhuvneshwar Kumar and Deepak Chahar perfectly fits the bill.