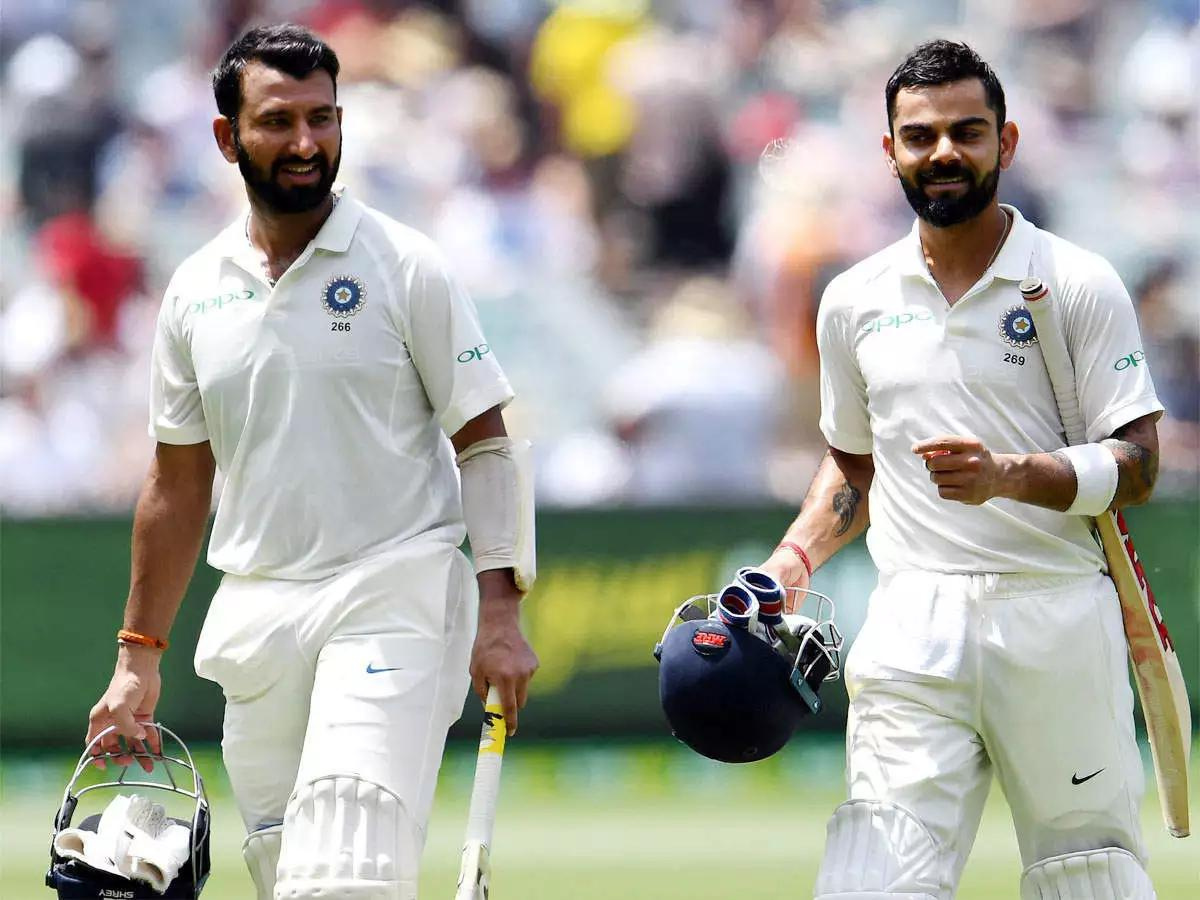 The Indian Test players left for the UK ahead of the bilateral test series scheduled for July 1st.  During India’s England visit, the two Indian teams will be in action simultaneously.

While the head coach Rahul Dravid and the rest of the coaching staff, Vikram Rathour, T Dilip, and Paras Mhambrey will travel with Rohit Sharma & Co to London and join the Indian team in England after the conclusion of the T20I series against South Africa on Sunday.

The left-handed all-rounder Ravindra Jadeja, opener Shubham Gill, and Test specialist Cheteshwar Pujara have returned to the national team. All Indian cricketers were tested for Covid-19 prior to Onboarding the flight for England.

Once they reach London they are set to travel to Leicestershire. where India will have a short camp ahead of the warm-up match on June 24.

During India’s bilateral tour to the UK, Both Indian teams are set to be in action simultaneously once again. One Indian T20I squad led by Hardik Pandya will face Ireland in two T20Is on June 26 and 28. while the Test Team will be in action against Leicestershire in a four-day practice match at Grace Road in Leicester.

In 2021 India had to leave things unfinished during the final Test match of the series because of a Covid-19 outbreak in the camp, However, India made a vow to complete the series in 2022. The Hitman-led team is scheduled to play their first tour game on June 24, before commencing the rescheduled Test match on July 1-5.

The team had recalled Cheteshwar Pujara. The 34-year-old top-order batsman, who had piled up a heap of runs in partnership with Pakistan’s icon Mohammad Rizwan playing for Sussex alongside Pakistan superstar Mohammad Rizwan. Both Pujara and Ajinkya Rahane were dropped from the Test side and asked to go back to the domestic side to find their mojo back.

India has chosen Shreyas Iyer to slot in place of Rahane and provide India with a completely different dimension just like he bailed out the Team against Sri Lanka.