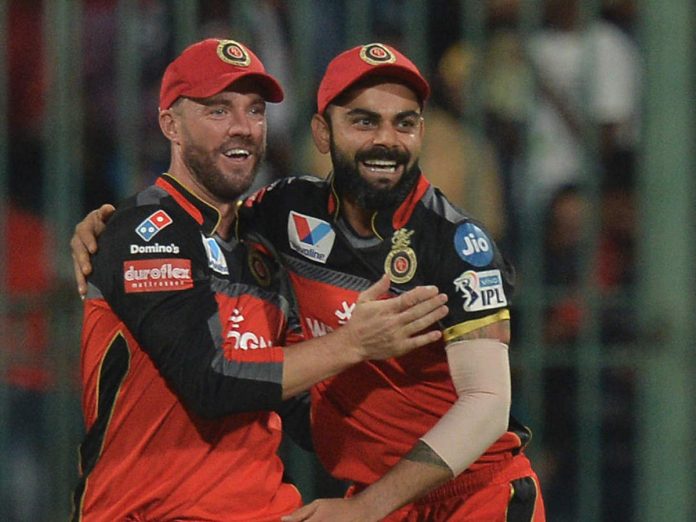 The renowned South African cricketer AB de Villiers has confirmed that he will join the Royal Challengers Bangalore team in the IPL 2023. Although de Villiers did not provide many specifics about his position, it is all but certain that he won’t be returning to RCB as a player.

Before the IPL 2023 season begins, he might become a consultant or mentor for the club. It’s interesting to note that de Villiers is expected to join the RCB team in the upcoming season, as Virat Kohli, a former RCB captain, revealed in a talk with Danish Sait.

One of the most successful international cricketers in the IPL is de Villiers. He began his IPL career with the Delhi Daredevils before switching to RCB in 2011 and playing for the team for 11 seasons up until last year. With 4522 runs in 157 games, the talented right-hander is RCB’s second-highest run-scorer.

I will be around the IPL next year, said ABD

“I am glad that Virat’s confirmed it,” de Villiers told VUSport.

The former captain of South Africa expressed his desire to go back and see the Chinnaswamy stadium at capacity.

“To be honest, we haven’t decided anything on it yet but I will be around the IPL next year, I am missing it, don’t know in which capacity yet. I have heard that there might be some games in Bangalore next year and I would like to visit my second home and watch the full capacity Chinnaswamy stadium – I am looking forward to it,” de Villiers added.

AB de Villiers, who last represented RCB in the IPL in 2021, made the decision not to participate in the cash-rich league this season. Ahead of this season, Kohli, who also made the decision to step down as RCB captain, said he will be missed and that he hopes to see him back with the team in the near future.

“I miss him a lot. I speak to him regularly, quite regularly. He keeps messaging me. He was in the US recently watching golf. Augusta Masters is what I heard it was called. So he told me he was there experiencing it with his friends and family. So we stay in touch and he’s very keenly watching RCB and hopefully will be here next year in some capacity,” Kohli had told Danish Sait earlier.