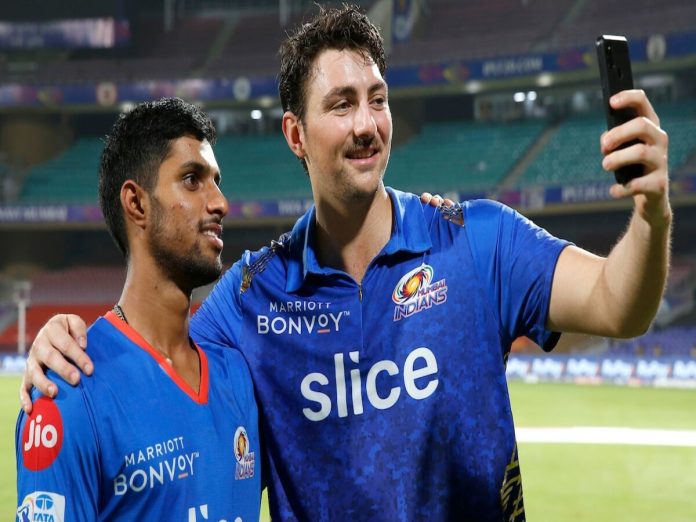 While cricket fans await the Asia Cup and T20 World Cup, IPL teams have begun creating a list of players for the IPL 2023 mini-auction. Prior to that, the IPL 2023 will feature an exciting trading window during which players can switch from one club to another prior to the auctions.

Gujarat Titans (GT) defeated Rajasthan Royals in the summit match to win the season championship in the previous session, which was their first season of competition. While the IPL 2022 was a season to remember for the new clubs, Mumbai Indians and Chennai Super Kings, the two most successful IPL teams, found it to be a forgettable one.

Mumbai Indians, who had dominated the bottom spot throughout the league round, returned with the wooden spoon. MI had trouble striking the correct balance from the beginning of the competition. Numerous adjustments were attempted, but they were all ineffective because the team kept losing consecutive games.

The MI team, led by Rohit Sharma, lost eight games in a row before winning the competition. Mumbai did, however, discover their ideal playing XI during the second phase, but it was too late for them to recover.

Mumbai Indians appear to be a strong team that can perform significantly better than it did in the IPL 2022 for the upcoming season, which will be IPL 2023. Every franchise will have to go through the auction process before the IPL 2023.

Prior to the IPL 2023 auctions, the majority of the players on all 10 IPL teams will remain with them. Given that it would be a smaller auction than the huge sale that took place before IPL 2022, there won’t be as much drama around the bids.

Regardless of how well the core group performs in a given season, MI continues to have complete faith in them. Mumbai’s management will keep the majority of its players even though the team performed poorly in IPL 2022.

Dewald Bravis, Tilak Verma, and Tim David are recent acquisitions, but MI may decide to keep them because the team sees potential in them.

In the previous IPL season, Tilak Varma, a newcomer, excelled and played outstanding cricket. In 12 games, the young Mumbai star has scored 368 runs. He has actually scored the most runs for the Mumbai Indians in the previous session.

Mumbai is renowned for honouring gifted players and providing them with crucial exposure. Tilak Varma’s IPL 2022 performance was very encouraging for him, and the Mumbai Indians would undoubtedly prefer to keep him before the IPL 2023 auction.

Tim David participated in two games at the beginning of the year. He entered the starting XI in place of Kieron Pollard and displayed his power-hitting skills. David was signed for 8.25 crores, and if CSK is successful in acquiring him, he will be a valuable member of the squad. He finished the season with 16 sixes. Currently, he is in the news headlines, with his inclusion in the AUS T20 WC squad.

The 19-year-old South African batsman built his reputation on T20 striking that is akin to that of the legendary AB De Villiers. The Mumbai Indians’ middle order, which had been absolutely pale since Hardik Pandya left the team, has now been helped by Brevis.

Brevis has begun to exhibit the early signs of developing his world-class batting into a great phenom, setting a tremendous example for the entire cricketing community. In the 12 games he played, he scored fewer runs, but his 156 strike rate makes him a reliable hitter in T20 cricket.