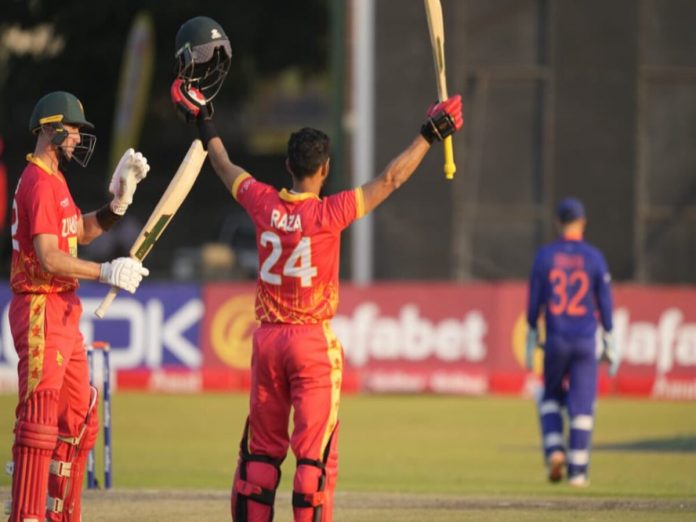 Players from all around the world, not only those from India, are being watched by different IPL teams, and it has been determined that if one possesses the necessary skill set, it is sufficient for the IPL. While there are many players up for trade before the IPL 2023, top performers from Scotland, the Netherlands, and Zimbabwe may attract significant bids.

Players from ZIM who can get high IPL bids

The international from Zimbabwe who was born in Pakistan is the buzz of the town right now. In the third ODI of the series against India, Raza continued his stellar play after his outstanding performance against Bangladesh. He must restrain his aggression while representing Zimbabwe, but he is capable of closing the gap if the chance arises.

Raza is not only a great batsman; he is also a great bowler. Raza has so far changed his behaviour and been thrifty. In T20Is, the right-arm off-breaker has taken 28 wickets. Raza has 1040 runs from 58 T20I matches, which brings us back to his main strength. His strike rate of 125.45 can raise some questions, but as was already noted, he can speed up if necessary.

Ryan Burl is a capable all-arounder and master of several skills. He can contribute with the bat, bowl competently, and play strong defence. His inconsistent behaviour, in contrast to Shakib’s, will always be up for debate.

Burl has scored 728 runs from 47 T20I games with a strike rate of 118.56, demonstrating his ability to anchor the innings. With 32 wickets in this format, the leg-breaker has demonstrated his all-around strength.

Players from IRE who can get high IPL bids

Few IPL teams have already noticed the brilliant Irishman. The 22-year-old has wreaked havoc in first-class cricket and List A cricket, despite the fact that he was unable to defend his credentials in international cricket.

Tector has appeared in 44 T20Is and has scored 768 runs with a strike rate of 129.51 in those games. The Irish International hasn’t been particularly brilliant lately, but Tector has shown in List A cricket that he has the ability to develop into a reliable batter for Ireland in the future.

Josh Little has consistently shown that he is destined for great things ever since he made his international debut. Because of his outstanding bowling performance, Chennai Super Kings selected him to be their net bowler for the 2022 season. It is therefore fairly obvious that IPL teams are keeping an eye on the pacer.

On his ODI debut, the 22-year-old took four wickets off the English batsman. The young player has played 46 T20Is for Ireland and has taken 51 wickets so far. Little, who has a T20I average of 25.17, has the potential to be the IPL’s next big star.

A player from SCO who can get high IPL bids

The most intriguing player on the list is perhaps Scottish player George Munsey. Munsey, a starter, has 1317 runs to his name in 53 T20Is. To support his explosive character, he also has a striking rate of 144.72, which is excellent. Even domestic T20 cricket saw a rise in strike rate.

The 29-year-old holds the record for being the seventh greatest run-getter in an innings with the highest score of 127 not out.