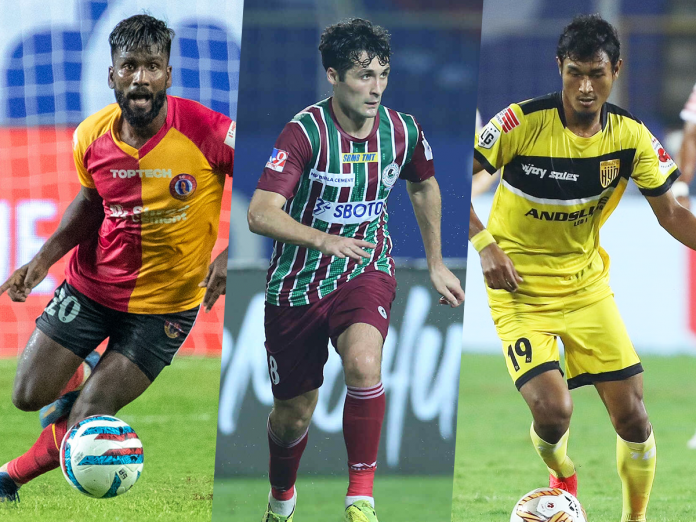 Bengaluru FC, on Tuesday, announced the signing of SC East Bengal full back, Hira Mondal. The 25-year-old will be on a two-year deal that will run until the end of the 2023-2024 season. This is the fifth signing for the Blues’ under Simon Grayson following the acquisitions of Prabir Das, Javi Hernandez, Faisal Ali, and Amrit Gope.

Earlier Mondal had signed a one-year deal with SC East Bengal in 2021. The Kolkata born made some standout performances for the Red and Gold Brigade in a rather tricky Indian Super League (ISL) season in which they finished at the bottom.

Starting his youth career with Calcutta Port Trust in 2015, Mondal is a full-back who loves to push forward into attacking positions. He has previously turned out for Kolkata-based sides Rainbow SC, Tollygunge Agragami, and Peerless.

“I’m really very happy to join Bengaluru FC, a team that has been among the most successful in the last decade of Indian football. The core of the Indian National team plays for BFC, and to think that I will be able to share a dressing room with them is an amazing feeling. I want to make the most of this experience and give my best both on and off the pitch,” said Mondal, following the completion of formalities on his deal.

Midfielder Carl McHugh has signed a two-year extension with ATK Mohun Bagan until 2024, the club announced on Tuesday. McHugh has been part of the ATK Mohun Bagan’s squad for the last two seasons and has been a consistent performer for the Mariners having made 39 appearances during that period.

The Irishman joined the ISL in 2019 when he joined ATK FC and helped them win the ISL title. The 29-year-old remains a vital part of Juan Ferrando’s plans, not only for ISL but also in the Mariners’ AFC Cup campaign.

The scorer of the winning penalty in the 2021-22 Indian Super League final, Halicharan Narzary has signed a new contract with Hyderabad FC, the club announced on Tuesday.

“I am super excited to extend my stay with this wonderful club,” said Narzary after penning his new deal that will keep him at the club until the end of the 2022-23 season.

“I am thrilled to be a part of this group again and I cannot wait for the new season to get started,” he added.

The 28-year-old is one of the most experienced wingers in the country with 84 appearances to his name in the ISL.

Last season, Narzary picked up an injury in the first game of the season and missed out for a few months. But Hyderabad FC coach, Manolo kept his trust in the winger as Narzary fought back from injury, and helped the team in the final games of the league stage, before scoring the winning penalty in the ISL final that made Hyderabad the Champions of ISL.