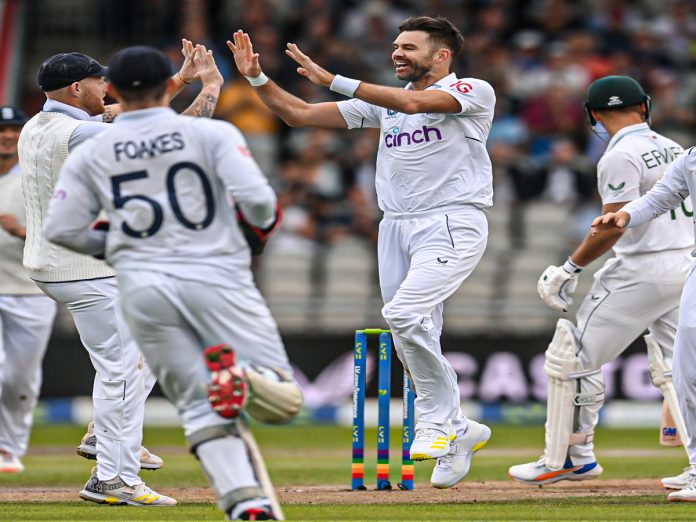 James Anderson, England’s renowned fast bowler, has just left Glenn McGrath behind in the current Test series against South Africa. He is now the leading wicket-taker in international cricket. Anderson has 951 wickets across all formats of cricket. These include 664 Test wickets, 269 ODI wickets, and 18 T20I wickets.

James Anderson made some amusing revelations in a Tiktok video lately. He, along with fellow Teleenders podcast hosts, reveal which words and phrases he has muted on Twitter in this TikTok video.

James Anderson reads muffled words and phrases in this video, revealing the names or hilarious terms of his opponents from Australia, South Africa, and India.

Anderson also had the phrases “cloud”, “clouds”, and “clouderson” muted, as some fans say he is only effective at home, despite his superb away record over the last five years.

Glenn McGrath, Australia’s all-time leading wicket-taker, is also muted, despite being one of the game’s most prolific seamers.

Another cricketer Anderson has muted is India’s Rishabh Pant, as have the phrases “reverse”, “reverse sweep”, “sweep”, and “sweeping” after Pant crazily reverse swept Anderson for four last year while bowling with the new ball.

The final two terms on Anderson’s list of muffled words are humorous “w*** bowler” and “worse than Steyn,” given the continuous argument over who was better throughout their respective careers.