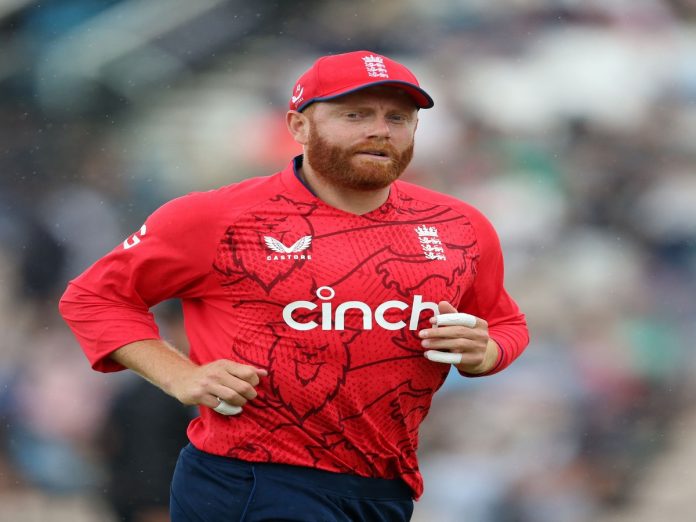 Jonny Bairstow, a star England wicketkeeper-batsman, had an injury during a “freak accident” while playing golf, which has barred him from participating in the remainder of England’s summer season and, more crucially, the October–November 2022 T20 World Cup.

England also confirmed the same on Friday that standout batter Jonny Bairstow will miss the T20 World Cup as well as the third and final Test against South Africa owing to a limb injury sustained in a freak accident while playing golf in Leeds.

Jonny Bairstow has been ruled out, just hours after being nominated to the England Cricket Board’s T20 World Cup team. “Bairstow sustained a lower limb injury in a freak accident whilst playing golf on Friday in Leeds. He will see a specialist next week to ascertain the full extent of the injury,” ECB said in a statement.

Going to be unavailable for all the games

Meanwhile, Bairstow turned to social media on Friday to explain the chain of events that led to his injury and expressed regret for missing the tour to Australia for the World Cup.

“Unfortunately, I am going to be unavailable for all the games/tours in the immediate future. The reason being is that I have injured my lower leg in a freak accident and it shall need an operation. The injury came when I slipped on the golf course this morning,” Bairstow said in his Instagram story.

“I am gutted and want to wish everyone this week at The Oval all the best firstly and the boys that are going to Australia for the T20 World Cup. Absolutely Gutted! I will be back… Jonathan Marc,” he added.

Ben Duckett has been added to England’s Test team for the third Test against South Africa, which begins on September 8. The ECB also stated that Bairstow’s replacement for the T20 World Cup would be announced later.

Notably, Bairstow was not named to England’s squad for the September-October T20I series in Pakistan. Moeen Ali was selected captain for the historic tour of Pakistan in place of Jos Buttler, who was injured. However, Bairstow and Buttler were both picked to the T20 World Cup squad of 15.

Also Read: Why is Jofra Archer not selected for England’s T20 WC Squad 2022? Know the reasons