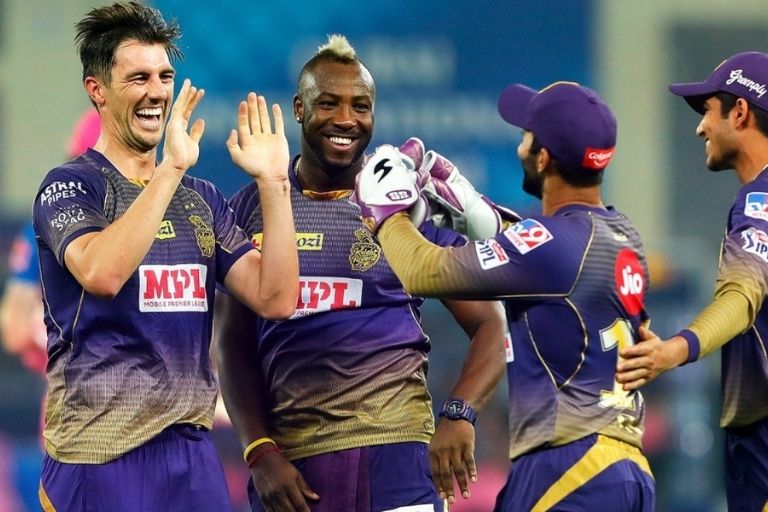 Kolkata Knight Riders have shown they are a match for any franchise in the Indian Premier League this season as the West Bengal outfit goes in search of a third title this season. A three-wicket win over the Delhi Capitals did Kolkata’s chances of making the play-offs no harm at all, as teams head into the business end of the season.

A win that stopped the Capitals from returning to the top of the IPL standings will have come as a massive confidence boost for the improving Kolkata. Seamer Lockie Ferguson looked strong with the ball in hand and was able to claim two wickets, including that of Capitals star Steve Smith. With Sunil Narine and newcomer Venkatesh Iyer also bagging two wickets respectively, the Kolkata bowling attack is finding some positive form at the right time.

What was most impressive was Kolkata denied Delhi a single six during the encounter. A solid 30 runs from 33 deliveries from opener Shubman Gill gave the Knight Riders a solid foundation, and they managed to secure the three-wicket win with 10 balls to spare. That victory took Kolkata up to fourth place in the IPL standings.

With the business end of the campaign upon us, many will be debating who will claim the prestigious title this season. Interestingly, the global following and passionate fans have led to a significant increase in the markets available at IPL betting sites, demonstrating the excitement around the tournament. Off the back of the side’s previous success, the Knight Riders are hovering at around 9/2 to win the competition, after limiting Delhi to just 127-9.

Riders Could Do With Morgan Form

What will come as a slight concern for coach Brendon McCullum is the batting form of captain Eoin Morgan. While the England T20 captain seems to be getting his calls right in the field, Morgan has been struggling with bat in hand. After a duck against Delhi, Morgan saw his average move to 11.88 in the IPL this season. Just 15 runs in three innings since the competition started up again highlights his problems, which shows the Knight Riders have managed to get positive results in spite of the 35-year-old’s form.

A strong end to the IPL campaign for Morgan would not only come as a massive boost for Kolkata, but would put England head coach Chris Silverwood’s mind at ease ahead of the upcoming T20 World Cup. Over the summer, Morgan averaged a paltry 12.25 for the Three Lions and the left-hander is in desperate need of significant runs before the major tournament with England. The T20 World Cup starts in the United Arab Emirates straight after the IPL campaign, meaning Morgan has little time to build up form, especially if the Knight Riders were to miss out on the playoffs.

After some disappointing results before the break in the season, Kolkata have responded well to produce some impressive displays in September. If they were to make the playoffs, no side will be taking the Knight Riders lightly.