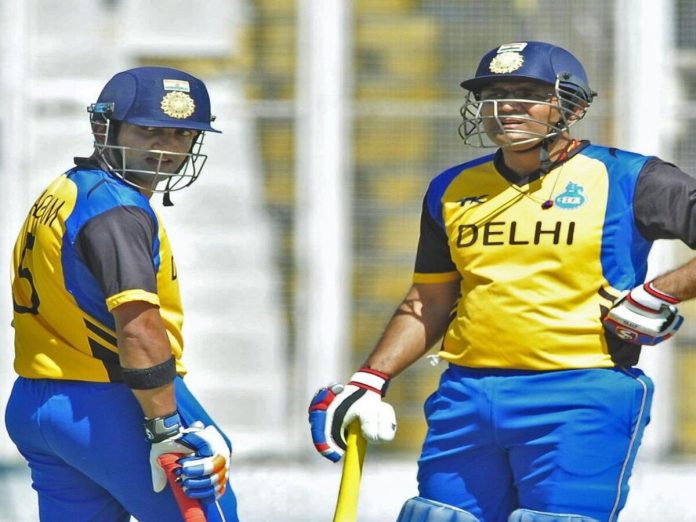 As the legends prepare to go back in time for the upcoming Legends League Cricket, the Indian cricket community will experience a nostalgic journey. The audience would be captivated by former players like Gautam Gambhir, Virender Sehwag, Irfan Pathan, Shane Watson, and many more.

The Current season will begin in Kolkata at the Eden Gardens with a unique game between the Indian Maharajas and the World Giants, with Sourav Ganguly and Eoin Morgan leading their respective teams. The season begins on September 16 and concludes on October 8 with the final match.

Here are the full squads for the league:

Team #IndiaCapitals has picked their 16 fantastic legends and they are all set to raise the temperature on the ground. Stay tuned as more thrilling action comes.@sports_gmr#LLCT20 #LegendsLeagueCricket #BossLogonKaGame #BossGame pic.twitter.com/JpfqgK9rBQ

Team #ManipalTigers is ready to take over the field with their 12 roaring Legends! Watch our players throw some scintillating action at #LLCT20! Stay tuned for the #BossGame.#ManipalGroup #LegendsLeagueCricket #BossLogoKaGame #Update pic.twitter.com/EHDZ2BOf8S

Starting on September 16, a four-team franchise-based competition called the Legends League Cricket 2022 will get underway. This competition will include the Gujarat Giants, India Capitals, Bhilwara Kings, and Hansal Tigers.

Although the schedule of matches has not yet been revealed, the tournament’s dates and locations are listed below.