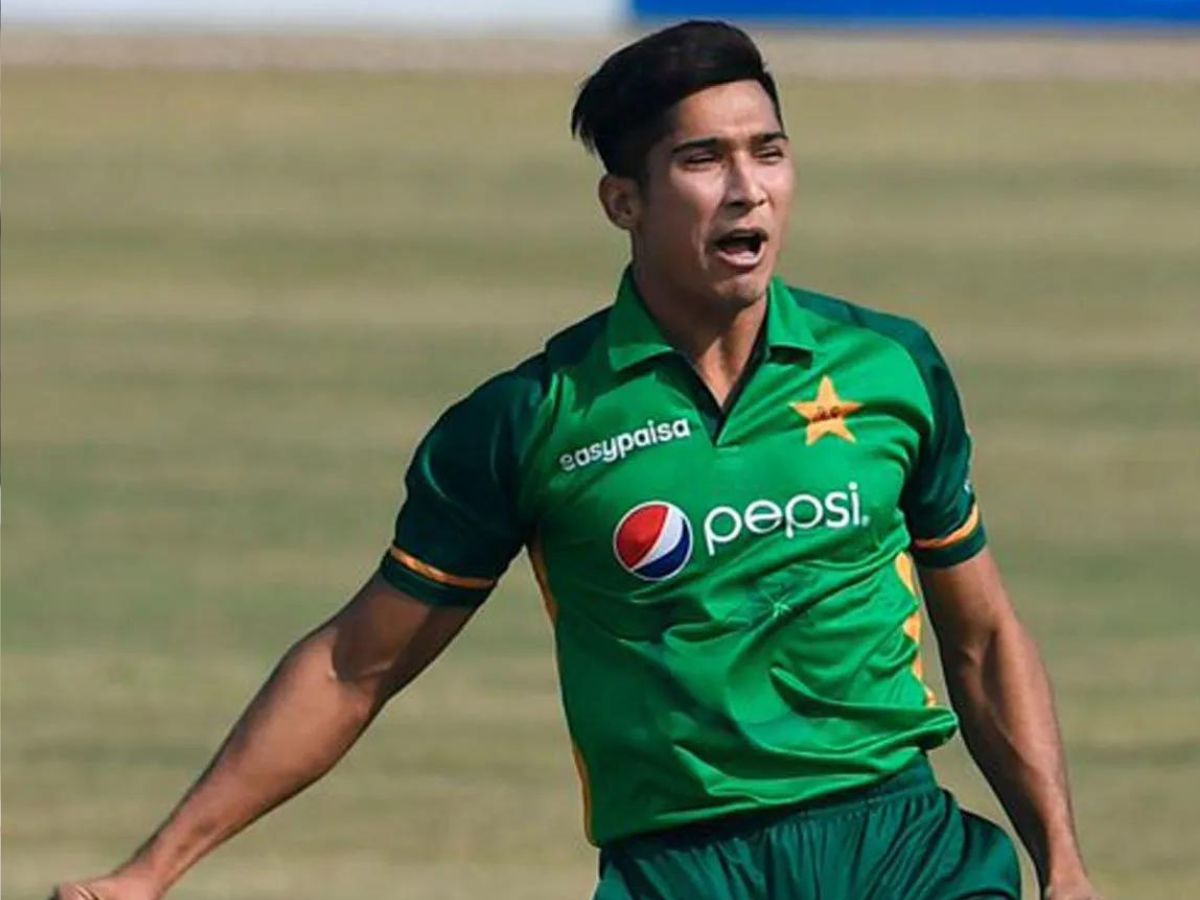 Pakistani pacers cleared to bowl; after three months of amendatory practice, Mohammad Hasnain’s elbow extension has come down from the earlier flex of 17-24 degrees to 12-13 degrees. Pakistan Cricket Board (PCB) claims that paceman Mohammad Hasnain has sent down 5000 balls in an effort to correctly remodel his bowling action and clear the regulatory standards.

After the two-week-long wait for the official results of the test has been shared with ICC and all member boards around the world. The 22-year-old bowler has been cleared to bowl Internationally again.

The right-arm quick bowler was reported in light of the faulty bowling action by the umpires back in January 2022 during the Big Bash League (BBL), where he played for Sydney Thunder, and subsequently received a month-long suspension from bowling in international cricket. He is now eligible and ready to revive his international career.

During the suspension, Hasnain was eligible to bowl in Pakistan’s domestic circuit (PSL aka Pakistan Super League), but the PCB had decided against it. Instead, he had to focus on tweaking his action.

The verdict was based on an assessment of his action, where he bowled three overs under supervision, and it was revealed that his elbow extension has dropped within the permissible limit (Under 15 degrees) – it is a drastic change from the earlier flex of 17-24 degrees to 12-13 degrees.

Hasnain was suspended from bowling in international cricket in February after he failed a biomechanics test in which the majority of the deliveries he bowled exceeded the 15-degree tolerance limit for a legal bowling action.

After assessing the situation PCB considered sending Hasnain to an independent consultant at the High-Performance Center in Lahore. The PCB spared no expense and assigned one of its premier high-performance coaches, Umar Rasheed, to work with the youngster.

His tests took place at Lahore University of Management Sciences, an ICC-accredited testing laboratory on January 21. The test report, which was reviewed and verified by Cricket Australia’s independent expert, found his bowling action to be illegal.

Hasnain undergoes a bowling test in order to relaunch his career

An early assessment had found that Hasnain was rotating his arm to swing the ball in an inconsistent and jerky motion. But in order to bowl quicker and quicker deliveries, he had messed up his landing, making his alignment go off.

As we understand currently the overall structure of his new bowling action remains the same although his wrist, arm rotation and landing have been tweaked allowing him to bowl in a consistent and repeatable manner. Rasheed helped rework his alignment, for which Hasnain delivered over 5000 balls and practiced shadow bowling.

Prior to the suspension, Hasnain had been in and around Pakistan’s white-ball squads and had a T20I hat-trick to his name. He had impressed everyone during his short stint at the BBL after being picked as a replacement for English quick Saqib Mahmood. He had a successful debut, taking 3 for 20 in Thunder’s 28-run win over Adelaide Strikers.

Hasnain is believed to be a key asset, one of the select few young fast bowlers that the PCB has invested in after the international appearances for Mohammad Amir and Wahab Riaz became less and less frequent. He was also among a select few in Pakistan who hit the 145kph mark consistently just like Indian quick Jasprit Bumrah. Whether the pacer is able to retain the pace after remedial work is to be seen.