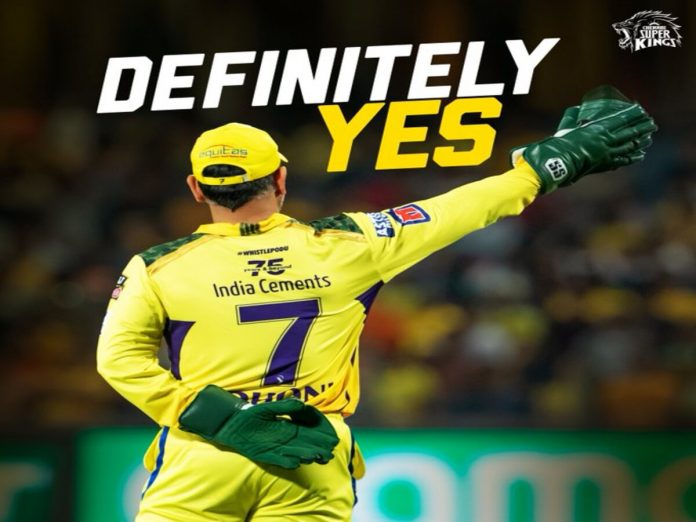 The Chennai Super Kings (CSK) will be led by Mahendra Singh Dhoni in the next Indian Premier League season (IPL). The former Indian captain, who has led the Chennai franchise more than ten times since 2008, would serve as the captain for the 2023 IPL season, according to CSK CEO Kasi Viswanathan.

In February 2023, the IPL 2023 auction is scheduled to take place. The defending champions, Chennai Super Kings (CSK), are having a poor year. The IPL 2022 standings show the men in yellow in the second-worst position with just four victories from league games. The availability of MS in the squad will surely boost both the team and fans.

Dhoni claims that saying goodbye to his fans in Chennai and the rest of India is the main motivation for playing.

MS Dhoni, the captain of the Chennai Super Kings, earlier confirmed that he will lead the four-time champions in the IPL in 2023. He also said it would be unjust if he didn’t say “thank you” to Chennai and the CSK fans in front of them.

“Definitely,” said MS Dhoni during the coin toss against Rajasthan Royals in an IPL 2022 game when asked if he will be seen in Chennai Super Kings colours as a player next season. “It’s a simple reason: it will be unfair to not play in Chennai and say thank you,” added Dhoni.

“Hopefully, next year there will be an opportunity where the teams will be travelling so it will be alike thank you to all the different places where we will be playing games at different venues,” added MS Dhoni before hinting his stay for the following season.

“Whether it will be my last year or not that’s a big question because you know we can’t really predict about something two years down the line, but definitely I’ll be working hard to come back strong next year,” said the CSK skipper.

Also Read: IPL: Amid rumours of a rift, CSK did a special post about Ravindra Jadeja