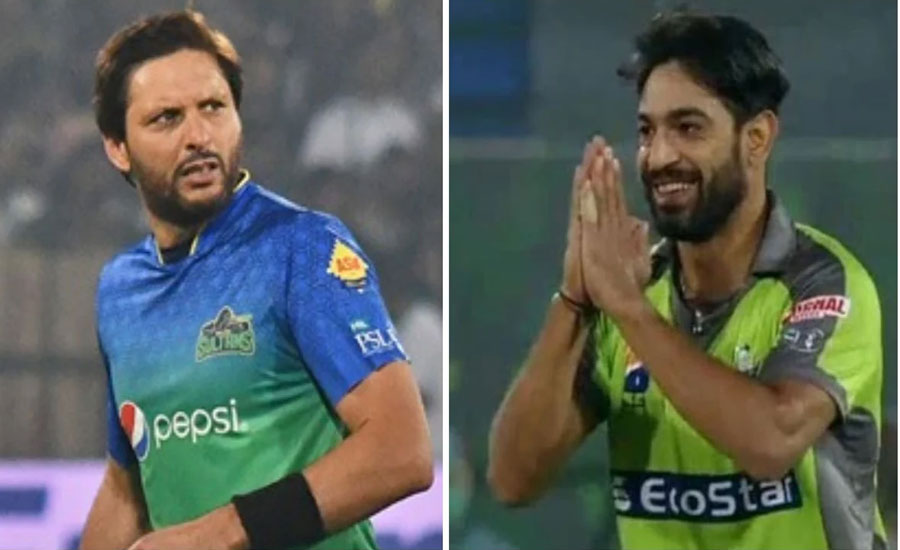 Shahid Afridi, the former Pakistan all-rounder has requested Harris Rauf to bowl slow whenever they come face to face in the future. In the ongoing PSL 2020, Haris Rauf rattled Afridi’s stumps with an unplayable in-swinging yorker. And, later on, he also folded his hands as a mark of respect towards Pakistan’s legendary all-rounder.

Lahore Qalandars and Multan Sultan came face to face in eliminator 2. And, David Wiese’s all-around performance guided his team to a sensational win by a margin of 25 runs. The England all-rounder played a cameo of 48 runs in just 21 balls studded with five boundaries and three sixes. Later on, he contributed well with the ball and grabbed three wickets. He was awarded Man of The Match for his all-round performance that led his side to the final.

Shahid Afridi Reacts After Getting Dismissed For Golden Duch

Haris Rauf also bowled brilliantly and took 3 wickets in his four-over spell. But, for him, the memorable wicket was of Shahid Afridi. He bowled a brilliant in-swinging yorker that took Afridi’s stumps away from the grooves. After taking the wicket Rauf joined his hands as a mark of respect for his favorite player. Afridi also congratulated Lahore Qalandars on qualifying for the finals in the 5th edition of the tournament.

Soon after the game, Afridi took to his official Twitter handle and shared a post requesting Haris Rauf to bowl slow against him in the future. He wrote, “It was a great and unplayable yorker Haris very well bowled! Please bowl slow to me next time congratulations to Qalandars for the final berth. Look forward to an exciting match tomorrow. Thank you Sultans fans for supporting us throughout the season,” Afridi said in a tweet.

Now, the final of the tournament will be played between Lahore Qalandars and Karachi Kings on November 17 at National Stadium, Karachi. Quetta Gladiators, who were the defending champions have already been knocked out from the tournament. And, it will be interesting to watch which of the aforementioned sides will successfully get hands-on their maiden PSL trophy.