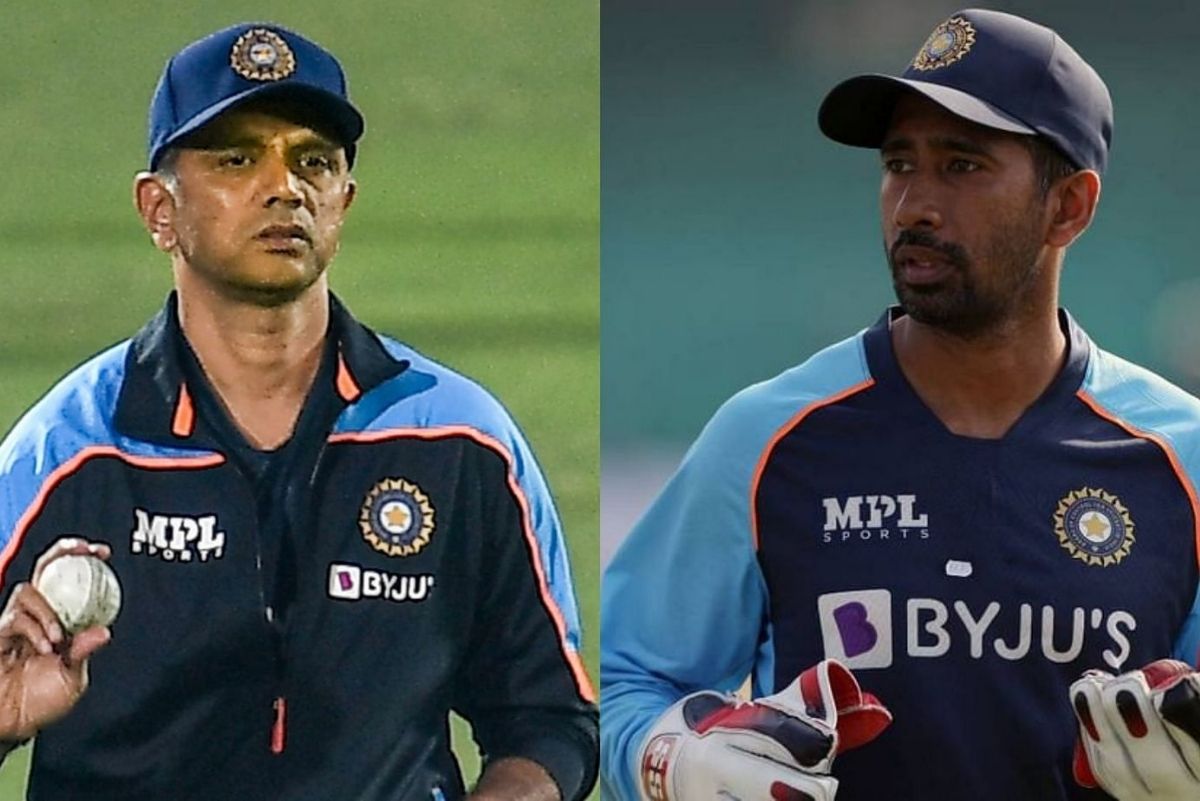 Wriddhiman Saha’s explosive interview under the pressure of a known journalist raised questions on Sourav Ganguly and Team India’s current coach Rahul Dravid. Post-match, the latter clarified over the controversy and said that he always wanted to be clear with his players and he has a lot of respect for the former Indian wicketkeeper.

Actually, Wriddhiman Saha revealed in a recent interview that the Team India head coach advised him to retire as he was no more looked down on as a first-choice wicketkeeper after the rise of Rishabh Pant in red-ball cricket with many more young players waiting for their turn to chance.

Meanwhile, he also took a dig at BCCI President, who gave him assurance that he will not be dropped from the Test squad until he is the President. But, the former Indian skipper failed to keep his promise. Saha looked a bit broken about how his career came to end.

“The Wall” replied that he has a lot of respect for Saha and what he has contributed to Indian cricket. As per him, he always wanted to be clear with his players. Rahul Dravid added that he never wanted his players to know such things from the media.

The former Indian cricketer mentioned that Saha needed to have clarity going ahead in the future with Team India.

“The easiest thing for me is to not have these conversations but that’s not who I am. I hope at some stage they will respect the fact that I was at least able to front up and have these conversations with them. Even now, before every XI is picked either me or Rohit will speak to those not playing. It’s natural for players at times to get upset. I just felt my team deserved clarity and honesty and that’s all I was trying to convey,” he added.

Dravid asserted that he is not hurt by what Saha said in an interview. He feels a player should know about his future and there is nothing bad in it.

“I’m not hurt at all. I have a deep respect for Wriddhiman Saha and his achievements and contributions to Indian cricket. My conversation with him came from that place of respect. He deserved honesty and clarity. I didn’t want him to hear about it from the media. These are conversations I have with players. I’m not hurt about it at all because I don’t expect players to like all the messages or agree with them. But that doesn’t mean you brush it under the carpet and don’t have the conversations,” Dravid signed off.