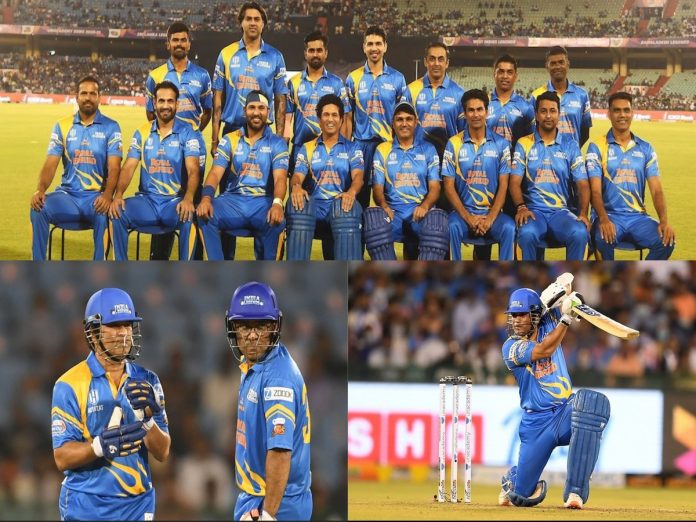 In the second season of the Road Safety World Series (RSWS), which is set to take place from September 10 to October 1, 2022, Master Blaster Sachin Tendulkar will captain the defending champion India Legends.

The Road Safety World Series will take place in Kanpur, Raipur, Indore, and Dehradun, with Raipur serving as the host city for the semifinal matches and the championship game.

This season’s new addition, New Zealand Legends, will compete in the 22-day event against teams from England, Bangladesh, South Africa, West Indies, Australia, India, and Sri Lanka. The Season 2 of the Road Safety World Series is expected to feature major figures from Bollywood as well as previous cricketing legends from around the world.

The legends, the fans, and us!! All of us are super excited for @RSWorldSeries Season 2!! 🤩

Indian ministers Nitin Gadkari and Anurag Thakur have expressed their support for the Legends T20 cricket game, which aims to raise awareness about road safety in the country and around the world.

“The Road Safety World Series is a very good initiative to create awareness towards road safety through cricket. We want every individual in this country to be aware and obey every rule and regulation while on the road and for that to happen, we have to create awareness among the people, I strongly believe that this series will be able to do and achieve the goal of saving lives on Indian roads,” Nitin Gadkari, Union Minister for Road Transport and Highways said in a statement.

Lucknow: The Lucknow stadium is expected to host a total of seven matches. The Games will most likely take place from September 10 to 15, before moving on to the next location.

Jodhpur: Here, five games are expected to be contested between September 16 and September 19.

Cuttack: The league will then go to Cuttack, where six games will be played from September 21 to 25.

Hyderabad: The tournament will then proceed to the final stage, which will be held in Hyderabad from September 27th to October 2nd, with the last leg and knockout stage games.

A total of 8 teams will compete in the second season of the Road Safety World series.