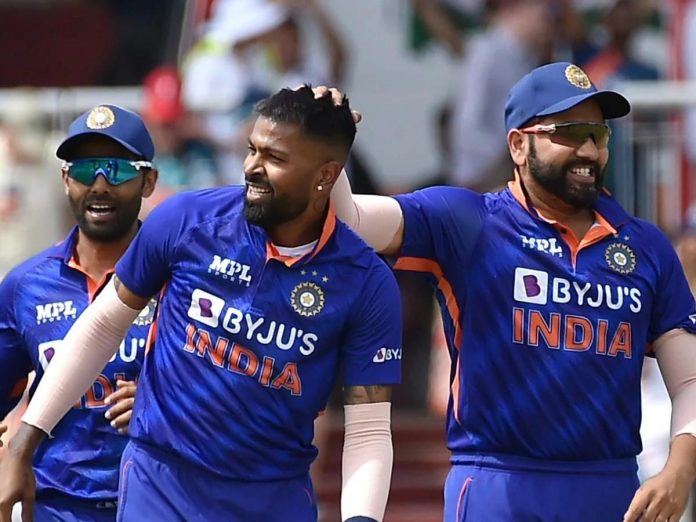 The Asia Cup preparation has already begun on high for the 15th edition which will kick off on the 27th of August in UAE. Ahead of this Star Sports has shared the Asia Cup promo in which it has featured India skipper Rohit Sharma in this 40-sec video. The video caption read as “140 crore fans cheering 𝑰𝒏𝒅𝒊𝒂 𝑰𝒏𝒅𝒊𝒂… there is no greater pride than this for Rohit Sharma. #Hashtag and join us in supporting team India at Asia Cup 2022! Starts Aug 27 | Star Sports & Disney+Hotstar.” The video has been viewed by over 40k and it has been liked by 2.5k as of now within 1 hour. Moreover the video also added a description inside the video “mission Asia par chaana” (Win the Asia Cup).

140 crore fans cheering 𝑰𝒏𝒅𝒊𝒂 𝑰𝒏𝒅𝒊𝒂… there is no greater pride than this for @ImRo45. #BelieveInBlue and join us in supporting #TeamIndia at #AsiaCup 2022!

Talking of Asia Cup Team India will kick off their campaign against arch-rival Pakistan in a high-voltage encounter on 28th august Sunday and it would be a revenge match for Men in blue as they were humiliated by the Pakistan side in ICC T20 WC back in 2021 where Pakistan won the match by 10-wickets. However, the other match that team India will play would be against qualifier 1 on 31st August 2022, the name of the team will be announced after the qualifying games.

Also Read: WI vs IND: Rohit Sharma has recovered from a back spasm, and will be available for the final two T20Is

The Asia Cup 2022 will be quite entertaining for all the cricket fans because whenever India and Pakistan are faces to face in the cricket stadium. Indian fans and Pakistani fans get very excited about the match. The evidence which we got to see during the T20 World Cup match last year, according to news reports, the T20 World Cup 2021 that was held in UAE has become the most watched match of the ICC tournament. About 167 million people saw the match Worldwide.