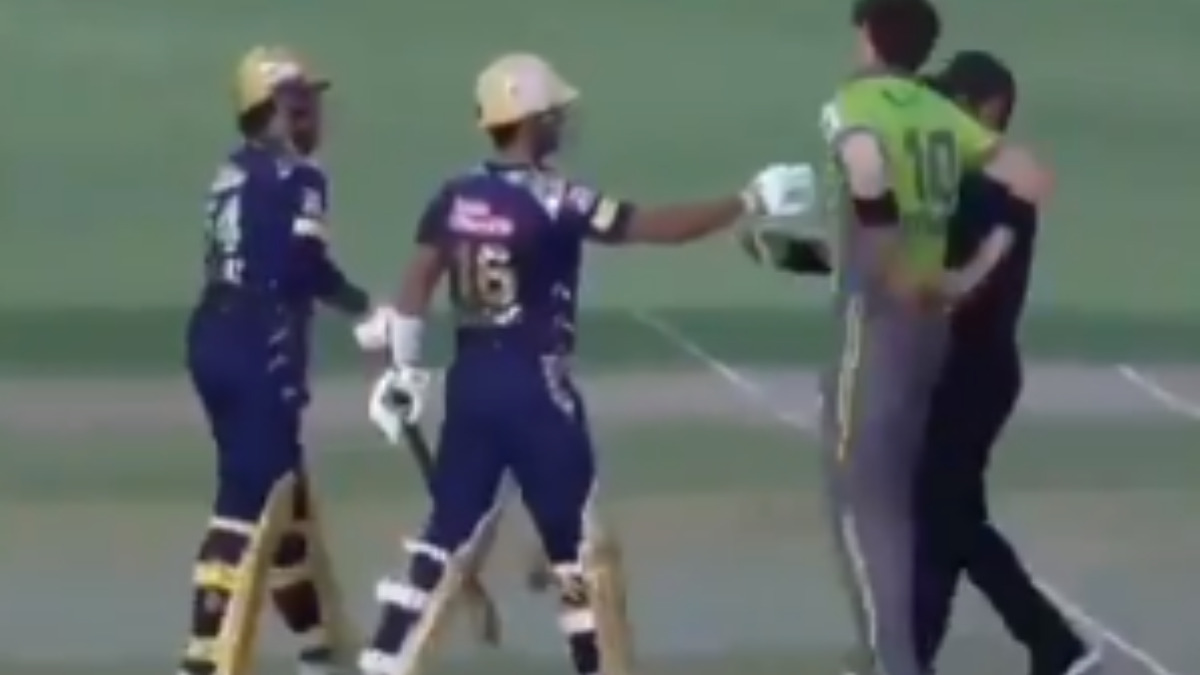 Quetta Gladiators thrashed Lahore Qalandars in the 23rd game of the Pakistan Super League 2021. The former won the game 18 runs. However, the instant that caught the spotlight was the ugly spat between Sarfaraz Ahmed and left-arm pacer Shaheen Shah Afridi. Soon the clip of the instance got viral on social media and received mixed reactions from every corner.

Sarfaraz Ahmed and Shaheen Shah Afridi have played lots of cricket together for Pakistan in international cricket. And, the left-arm pacer has bowled enough against former skippers during practice sessions of national camps. Meanwhile, he was well aware of the fact that Sarfaraz had a weakness playing strokes against bouncers and short-pitched deliveries.

Sarfaraz Ahmed Involved In A Spat With Shaheen Shah Afridi

The pacer used the same trick to exploit batsmen over his weakness. Shaheen Shah Afridi bowled some serious bouncers in his four-over spell against Sarfaraz Ahmed. The highlighting instance happened in the penultimate over of Quetta Gladiators’ inning. He bowled a brilliant bouncer coming from around the wicket and the ball went onto hit the helmet of the former Pakistan skipper.

The batsman was not impressed with the bowler’s approach and exchange a few words with Shaheen Shah Afridi. Things got bad to worse after both players came close to each other. In the end, the umpire had to separate both the players

Coming onto the match, Quetta Gladiators managed a total of 158 runs on the scoreboard in stipulated 20 overs. Jack Weatherald played a brilliant knock of 48 runs in 41 balls. Also, Sarfaraz Ahmed and Azam Khan scored in the thirties for their team.

But, Lahore Qalandars collapsed at a score of 140 runs with 12 balls to spare in their kitty. Tim David finished as the leading run-scorer from Qalandars with 46 runs in just 27 balls. Now, Qalandars will be next seen in action against Karachi Kings on 17th June. They are currently on the third position in the league table and they look well settled to qualify in the playoffs of PSL 2021.