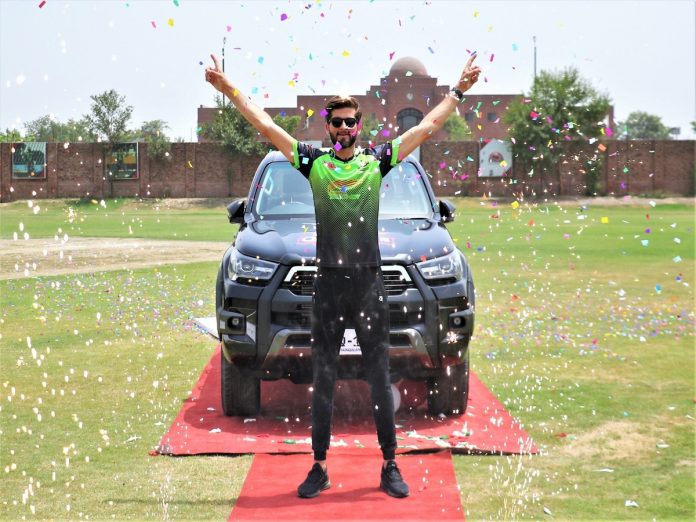 Pakistan captain Babar Azam made no excuses for conceding that the absence of top left-arm seamer Shaheen Shah Afridi has altered the dynamics of Sunday’s Asia Cup 2022 showdown with India. The 22-year-old fast bowler has been ruled out for at least four to six weeks after suffering a knee injury while fielding during a Test match in Sri Lanka last month.

India won its first match of Asia Cup 2022 by defeating Pakistan with a massive 5 wicket. However, Shaheen was the lead pace attack of Pakistan who destroyed the Indian top order at the T20 World Cup. All three 3 were playing for India in the T20 Asia Cup, while Pakistan’s bowling attack was without the left-arm seamer.

Ravichandran Ashwin of India discussed Afridi’s injuries and predicted that he would have earned a large payment in the Indian Premier League prior to the eagerly anticipated Asia Cup match.

As per reports, Ashwin discussed the Pakistani pacer’s absence on his YouTube channel and stated it was a significant blow for Babar Azam and his team.

The Indian off-spinner added that he had considered including Afridi in the IPL auction. According to Ashwin, the 22-year-skill old’s set would have landed him a lucrative deal in the league.

“Shadab Khan and Haris Rauf bowled well the last time we faced Pakistan, but it was Shaheen Afridi’s opening burst that broke the game at the top. A major setback for them ahead of this game is Afridi’s injury.

“I have thought a lot about how crazy it would have been if Shaheen Afridi had been there in an IPL auction. A tall left-arm seamer sets the game with the new ball and also unleashes yorkers at the death. He might have gone for 14-15 crore had he been there at the IPL auction,” Ashwin said on his YouTube channel.

“Imad Wasim is a notable exclusion from Pakistan’s squad. He has been a regular feature for them in the T20 format. But he is not there this time. Instead, they have gone for Mohammad Nawaz, who is very much like Ravindra Jadeja,” he said.

Even though Shaheen won’t be part of Pakistan’s bowling lineup for the Asia Cup, Ashwin thinks the Asian team has plenty of options.

“All Pakistani fast bowlers clock 140-145 kph consistently. I don’t think any team in world cricket has such a rich backup of fast bowlers. Pakistan has always been a side with so much raw talent on display,” said the seasoned off-spinner.