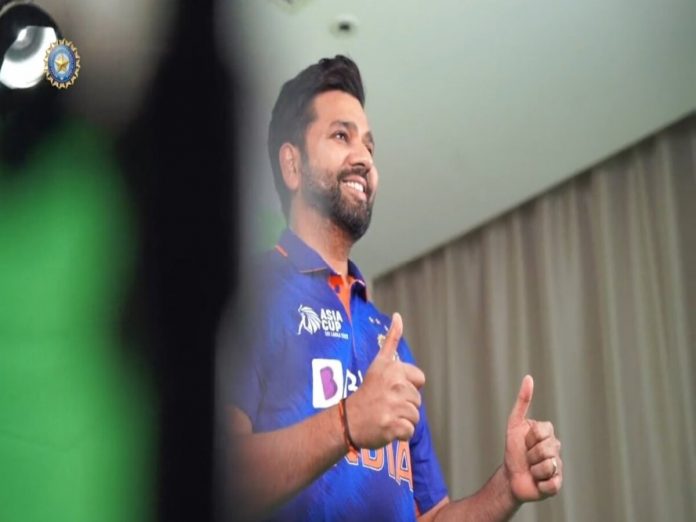 The Asia cup 2022 is all set to begin from August 27. India team showcased their new Asia Cup 2022 only days before their mega India vs Pakistan match on Sunday. Ravindra Jadeja of the Indian Cricket Team was the first to spot the new cricket kit for the Asia Cup 2022. The Rohit Sharma-led team is presently shooting for the channel in jerseys.

The new jersey was introduced in preparation for the forthcoming Asia Cup, which will be held in the UAE from August 27 to September 11, 2022.

The first player to receive a brand-new cricket uniform for the Asia Cup was Indian cricket team all-rounder Ravindra Jadeja. Jadeja posted a picture of himself wearing the Indian team’s new uniform, which depicts how the new uniform will look.

Photoshoot of Virat Kohli and Rohit Sharma ahead of the Asia Cup 2022. pic.twitter.com/NiJmcuPHsD

This time, team India’s first match in the Asia Cup is scheduled for August 28 against Pakistan, and their second match is scheduled for August 31 against Hong Kong. Following their arrival in Dubai on Wednesday, the Indian squad also began practising. On social media, images and videos from this practise session are trending. Even on this day, the Indian squad trained in the evening.

The BCCI has also chosen veteran cricketer VVS Laxman as the Indian team’s interim head coach for the Asia Cup, which gets underway on Saturday. Rahul Dravid, the head coach, was unable to travel to the UAE after testing positive for COVID-19.