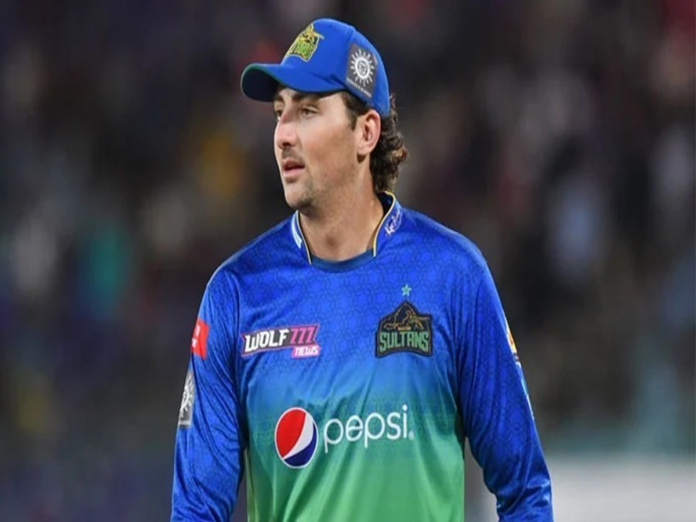 Singapore-born Tim David has continued to advance quickly in cricket since being selected for Australia’s Twenty20 World Cup team. His path to international selection differs from the normal because he established a reputation in foreign T20 leagues before being acquired by the Mumbai Indians for $1.53 million in this year’s Indian Premier League auction.

Now called up to Australia’s T20 squad for their World Cup on home soil, chairman of selectors George Bailey said David’s rise to the national team is unique. “It’s a different journey, there’s no doubt about that which is really exciting,” Bailey said in Townsville.

David has played in 14 T20 Internationals for Singapore but hasn’t played first-class cricket for Australia. The 26-year-old continued his strong form from this edition, smashing a 25-ball 60 for Lancashire in the Vitality Blast. He was previously seen playing some spectacular innings for Mumbai Indians.

The Rise of young star

David, who has established himself with Hobart Hurricanes in the Big Bash League, has already experienced a bit of international cricket. The 26-year-old batted with an average of 46.5 in 14 T20 Internationals for Singapore in 2019 and 2020.

David further established himself as one of the top finishers in the world by finishing the PSL with 278 runs at 39.71 and a staggering strike rate of 194.40. He received an AU$1.5 million contract from Mumbai Indians in the IPL during that competition.

Although his performance for Southern Brave in the Hundred has dipped a touch, after making an impression for Lancashire in the T20 Blast, it seemed all but certain that he would be selected for the World Cup team.

Fantastic form for a while now

In mid-September, David will go on a three-match T20I tour of India to prepare for the competition and get his maiden chance to play for Australia. But is not included in Australia’s T20 team for the upcoming, next-month-long tour to Sri Lanka. But Finch acknowledged that his calculations have changed as the T20 World Cup draws near.

“Yeah, I think so. He’s been in fantastic form for a while now,” Finch was quoted as saying in a report on foxsports.com.au.

“The back end of the IPL was fantastic for him. He was at is brutal best. The ability to hit from ball one is a pretty rare skill and he’s done that plenty of times now.

“Him being so consistent, that’s something we will definitely look at over the next little while,” the Aussie captain added.