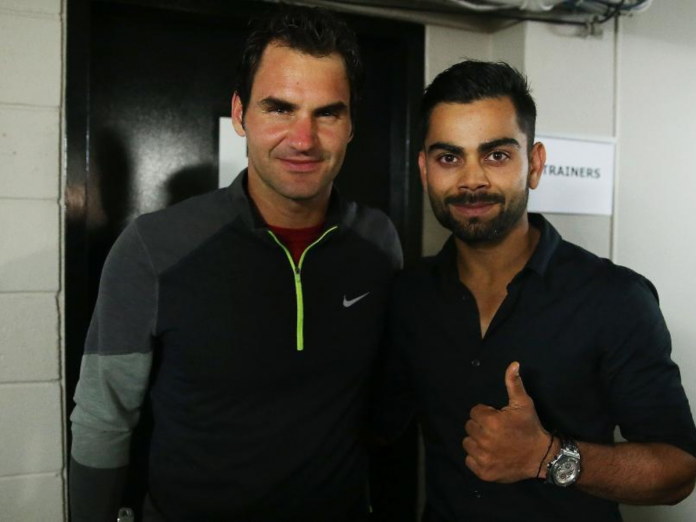 20-time Grand Slam winner and Tennis maverick Roger Federer called it quits from professional Tennis last week. He said that the Laver Cup doubles event would be his final professional game. The entire world went in shock as the 41-year-old drew curtains over his illustrious and glittering Tennis career.

It was a watershed moment for the entire sporting fraternity as Roger Federer is a beacon of inspiration for a lot of people. Several people took up Tennis as a sport because of the influence of Roger Federer and he is considered as a talismanic and towering personality in the sports arena.

Former Indian skipper and batting maestro Virat Kohli penned an emotional tweet for Roger Federer. He stressed on the rivalries in sport and described a viral picture of Roger Federer and Rafael Nadal crying, in a very heart-warming way.

He said there was “Nothing But Respect” for Roger Federer and Rafael Nadal. It indeed was a very emotional moment for Virat Kohli as well as he is an ardent tennis lover too.

Who thought rivals can feel like this towards each other. That’s the beauty of sport. This is the most beautiful sporting picture ever for me🙌❤️🫶🏼. When your companions cry for you, you know why you’ve been able to do with your god given talent.Nothing but respect for these 2. pic.twitter.com/X2VRbaP0A0

An epitome of greatness and class, Roger Federer is considered as a doyen of Tennis. He partnered along with his all-time favourite rival Rafael Nadal in the doubles event at Laver Cup. The duo lost to Jack Sock and Frances Tiafoe of the United States of America (USA). The score-line read 6-4, 6-7, 9-11.

The Swiss legend had won 6 Australian Opens, 1 French Open, 8 Wimbledon and 5 US Opens in his long career. He also bagged the silver medal at the Men’s Singles Tennis event in 2012 London Olympics.

Also read: IPL 2023: 3 Reasons Why KKR Might Not Retain Venkatesh Iyer For Next Season