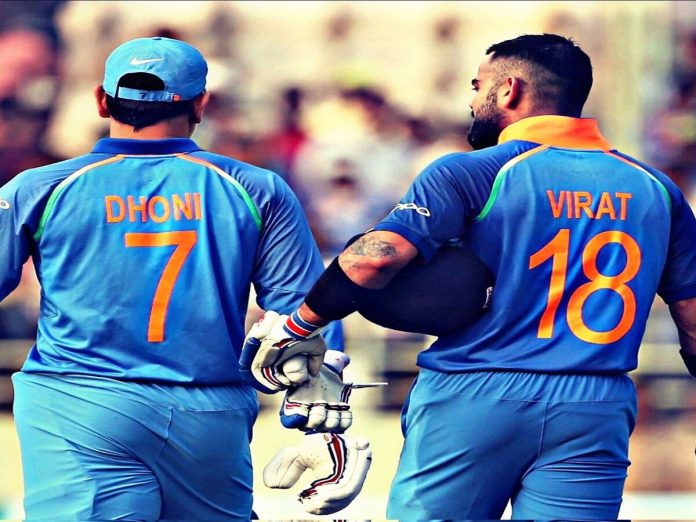 In the Asia Cup Super-4 match against Pakistan, Virat Kohli, the former captain of the Indian cricket team, scored 60 runs in his innings. He faced 44 balls total during this time, including four fours and a six. Virat, who has been out of sorts for a while, struck his second fifty in a row in the competition. Nevertheless, Team India had to watch as they were humiliated by Pakistan by a margin of five wickets.

At a press conference after the game, Kohli admitted that only MS Dhoni contacted him when he resigned as Test captain in January of this year. He also clarified his perspective, saying that it is preferable to make comments one-on-one rather than in public.

That person is MS Dhoni

Even after Kohli assumed the leadership role, Dhoni and Kohli appeared to be getting along well and frequently praised one another.

“When I left Test captaincy, I only received a message from one person and I have played with that person. That person is MS Dhoni, many people have my number, and there are many people who give me suggestions. There was just MS Dhoni who messaged me, many people have my number, but they did not text me. When you have genuine respect and connection with someone, you are able to see that because there is security from both sides,” said Kohli during a post-match press conference.

“I don’t want anything from him and he does not want anything from me. I was never insecure from him and he was never of me. I can just say that if I want to say something to someone, I will reach out individually/ Even if you want to help. If you want to give a suggestion to me in front of the TV or the whole world, it does not hold any value to me. You can talk 1-1, I see things with utmost honesty. It is not like I do not care, but you see the things how they are,” he further added.

Team India batted first against Pakistan in the Super-4 round of the Asia Cup, scoring 181 runs for the loss of 7 wickets in the allotted 20 overs. In response, the Pakistani team claimed 5 wickets with 1 delivery remaining. winning the game.